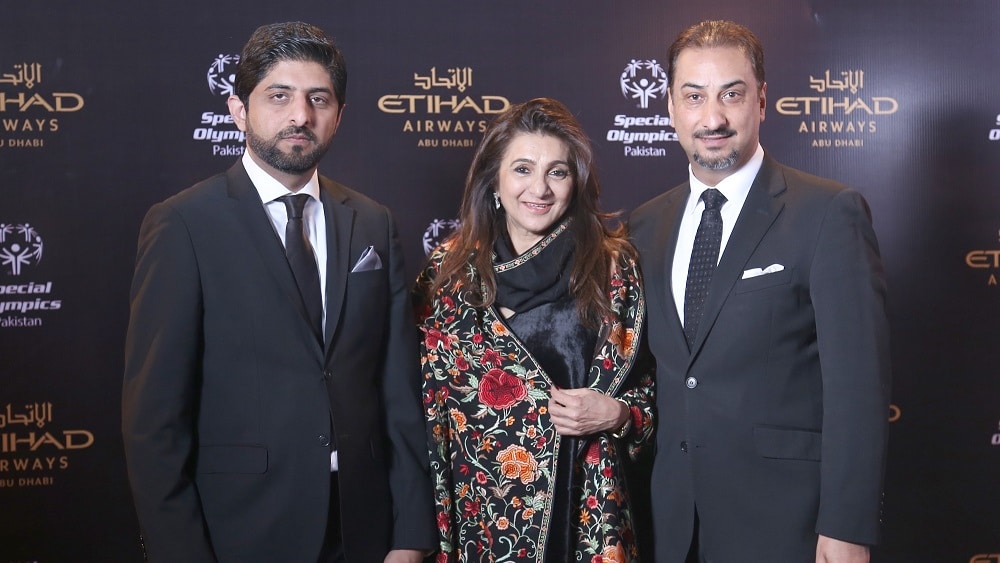 Etihad Airways has sponsored the annual Special Olympics gala dinner in Karachi for the seventh consecutive year. The prestigious event was to raise funds for the Special Olympics Pakistan team which will compete in the Regional Games in Abu Dhabi, in March this year.

At Etihad Airways, we are proud to associate ourselves with initiatives designed to elevate an individual’s desire to achieve. The Special Olympics World Summer Games 2019 provides us with the opportunity to support both a fantastic cause, and the many talented individuals representing Pakistan. We wish the team the best of luck in the Regional Games.

Special Olympics is a global organisation that serves athletes with intellectual disabilities, working with hundreds of thousands of volunteers and coaches each year.

What an exciting way to start the New Year. The generosity and philanthropy showed by all those who attended goes to show how Special Olympics Pakistan is making a positive impact in the community. SOP is committed to transforming the lives of people with intellectual disabilities. We could not have done this without the support of Etihad Airways and we are looking forward to the competition in Abu Dhabi.

In 2017, Etihad Airways announced its place in the sponsorship arena for the Special Olympics World Summer Games 2019 in Abu Dhabi. Abu Dhabi will become the first city in the Middle East to host the event after beating off competition from Vancouver and Munich.

Around 7,000 male and female athletes with disabilities, representing 170 nations, will compete between 14 and 21 March 2019. Football, swimming, basketball, athletics, cycling, golf and powerlifting are amongst the 22 disciplines that feature over the week of competition.

More than 20,000 overseas visitors are expected to join tens of thousands of spectators from across the UAE to watch what is likely to be the largest global event ever staged in the UAE capital.

Etihad Airways operates 39 flights weekly between Abu Dhabi, the capital of the United Arab Emirates and Pakistan through the main gateways of Karachi, Islamabad and Lahore.