The index opened this week in the negative zone. Market opened on a positive and strong opening today.

The market saw an intraday high of more than +304 with Commercial Banks buying helping the index bring up the gain today. The State Bank of Pakistan (SBP) increased the policy rate by 25 basis points to six per cent to pre-empt the overheating in the economy and inflation breaching its target rate.

It also saw an intraday low of -214 points during the day today.

Some analysts espoused the view that this raise would lift investors’ renewed optimism. The market was thought to take direction from the upcoming quarterly and yearly results as any positive earnings surprise from key sectors could act as catalyst for the market.

All shares index had a traded volume of 192 million shares today. Overall, stocks of 362 companies were traded on the exchange, of which 148 gained in value, 197 declined and 17 remained unchanged. In KSE 100, 87.13 million shares were traded with a net worth of just Rs. 5.86 billion. 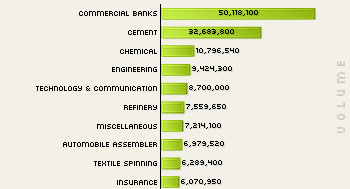 Dewan Cement was the volume leader with 23.70  million shares, gaining Rs. 1.16  to close at Rs. 24.41 as it has been put back in the normal segment from defaulters segment in the PSX.

The Sindh High Court, on 27th January, ordered PSX to not place Dewan Cement in the defaulter’s segment. In response to this, the company has been shifted to the normal counter with immediate effect, notified the exchange. 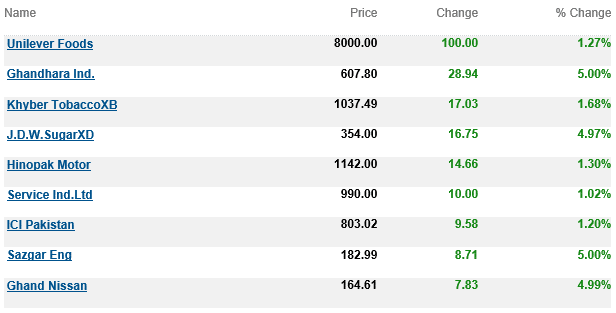