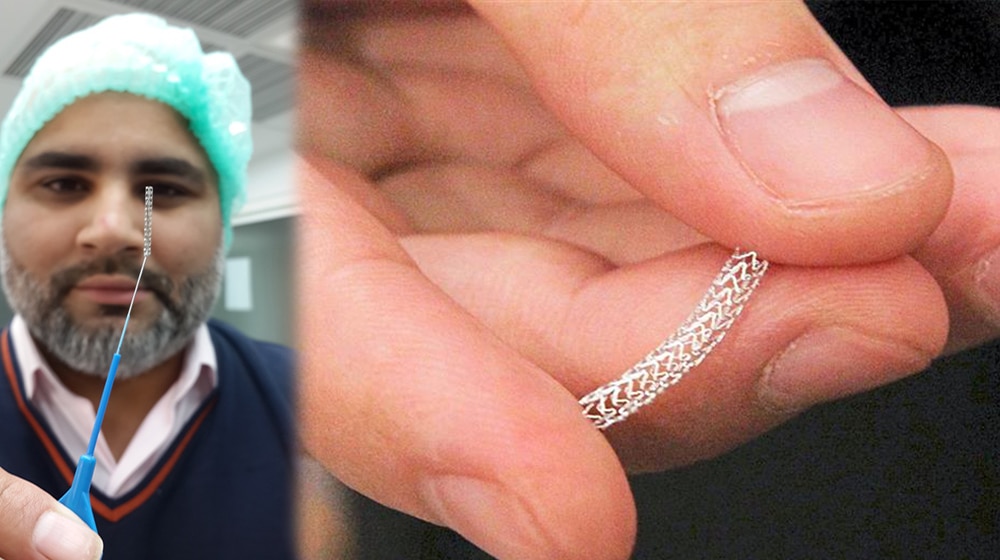 The patients will be able to avail an economical treatment.

A Biochemical Engineer has claimed that Pakistan will be able to manufacture stents locally by June 2018.

He revealed this in Supreme Court today where Chief Justice of Pakistan, Mian Saqib Nisar, was heading a bench to hear suo motu case.

Dr. Murtaza Najabat Ali, a biomedical engineer at NUST School of Mechanical and Manufacturing Engineering, has been working on producing cardiac stents (both bare-metal and drug-eluted) at Medical Devices Development Centre (MDDC) NUST for more than a year now.

The MDDC is being funded by Ministry of Science and Technology (MoST) for the production of economical cardiac stents and angioplasty balloon catheters.

Locally produced stents will be priced at only Rs. 15,000.

Currently, stents that are imported from foreign countries cost anywhere between Rs. 35,000 to Rs. 200,000.

Notice by the SC

On January 16, Chief Justice of Pakistan (CJP) Mian Saqib Nisar had taken a suo motu notice of the alleged widespread practice of surgically implanting ‘expensive’ coronary stents into patients, even when they do not need the procedure.

According to the reports, that were presented in court, the actual price of these stents is a few thousand rupees.

It was also noticed that some of the patients were charged for bogus angioplasty procedures, however, they weren’t given the stents in real. Moreover, some patients were implanted more than one stent, when they only needed one, just to pocket some extra money.

Additionally, the patients were forced to buy the stents as quick as possible leaving them with no choice other than buying the product at a ‘higher’ price from the agents (at the hospital).

The doctors, after achieving a certain target of sales, are offered luxurious trips by the agents to exotic places, according to the notice.

In the end, the CJP urged local companies to produce stents before June so that the patients can be provided with an economical yet reliable treatment.