Followed by record losses on Wall Street Monday, KSE-100 index crashed to intraday 803 points within the first fifteen minutes of trading on Tuesday.

The KSE-100 index plunged over 800 points as stock markets across Asia exhibited major losses, following Wall Street’s record decline on Monday. Asia was all red for a second day with frantic sell-off in equity markets; Pakistan followed the global trend after it’s off day on Monday.

The market recouped some of its lost losses to close at 43,885.51 points with a loss of 415.69 points today as Cherry-picking at attractive valuations and space to buy meant investors were keen to buy at lows as financial results’ announcements keep interest alive.

In the second IPO of 2018, AGP Limited, one of the country’s topmost local pharmaceutical companies is set to be get listed at the PSX.

JS Global Capital Limited has started the registration process for the book-building of 35 million shares of AGPL, which forms 12.5 percent of total paid-up capital. The floor price for the bidding of shares has now been revised to Rs80 per share and is set to kick-off on February 7-8th and public subscription will be open from February 16th-18th.

The subscription offer is being carried out 100 percent through book-building, but successful bidders are slated for provisional allotting of 75 percent of offer size only which equates to 26.25 million shares. The remaining 25 percent or 8.75 million shares will be offered to retail investors.

High-Risk Investors Have Pushed Pakistan Stocks to the Best Start in Decade: Bloomberg

All shares index had a traded volume of 237.95 million shares today. Overall, stocks of 385 companies were traded on the exchange, of which 142 gained in value, 226 declined and 17 remained unchanged. In KSE 100, 83.38 million shares were traded with a net worth of just Rs 5.23 billion. 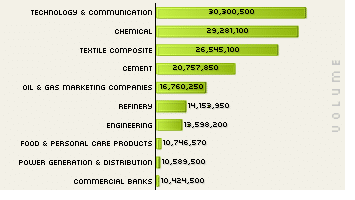 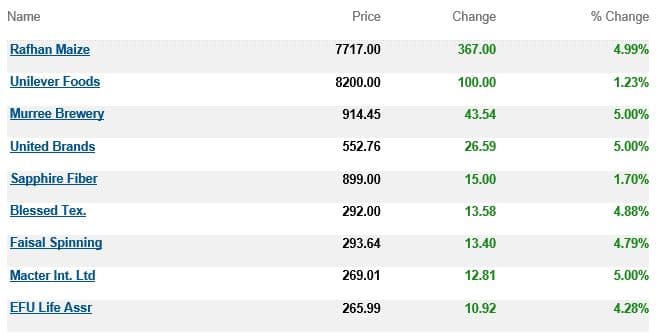