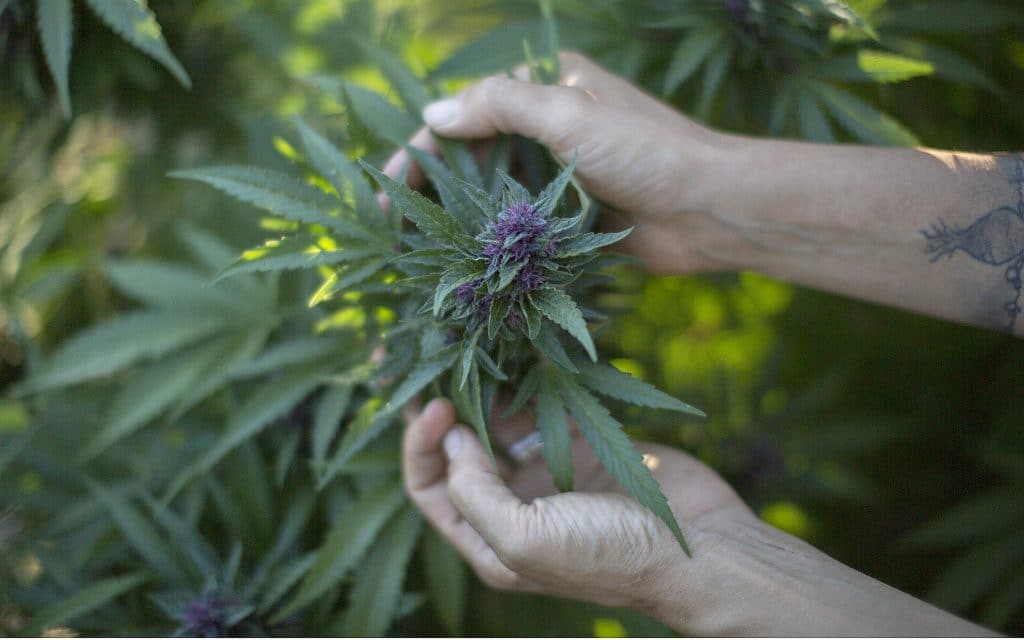 Pakistan Navy conducted an operation against drug smugglers in Exclusive Economic Zone (EEZ) and seized a huge quantity of drugs worth millions of dollars.

Pakistan Navy spokesperson said that the successful seizure of narcotics by Pakistan Navy was the result of a complex and risky operation involving surveillance and analysis in the area and a Special Operation.

Pakistan Navy war Ship PNS ASLAT did a successful operation and seized 5000 kg of Hashish valued in million of dollars while operating in North Arabian Sea. The operation by PNS ASLAT was carried out while undertaking Maritime Security Operations in Pakistani Exclusive Economic Zone (EEZ). 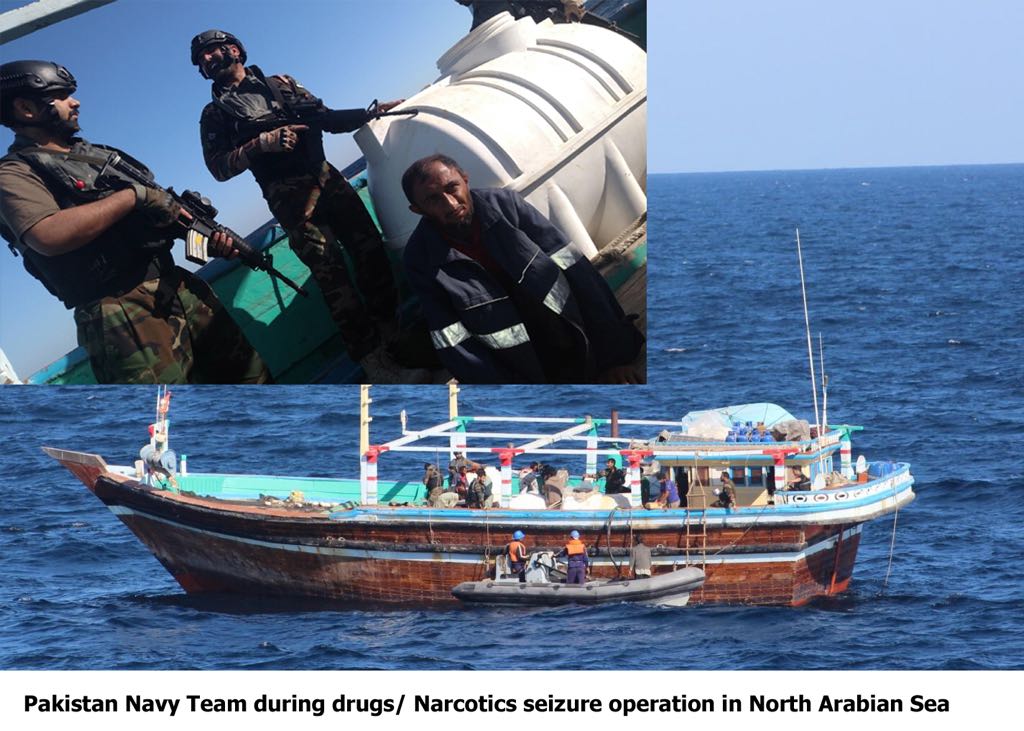 Later, the seized drugs and suspects were handed over to Pakistan Maritime Security Agency (PMSA) Ship for further legal proceedings and its disposal as per law.

The success of Pakistan Navy Ship in interrupting the flow of narcotics highlights the importance accorded by Pakistan Navy in patrolling the waters of North Indian Ocean to ensure free flow of legitimate commerce and deny use of High Seas to terrorists and all associated miscreants. 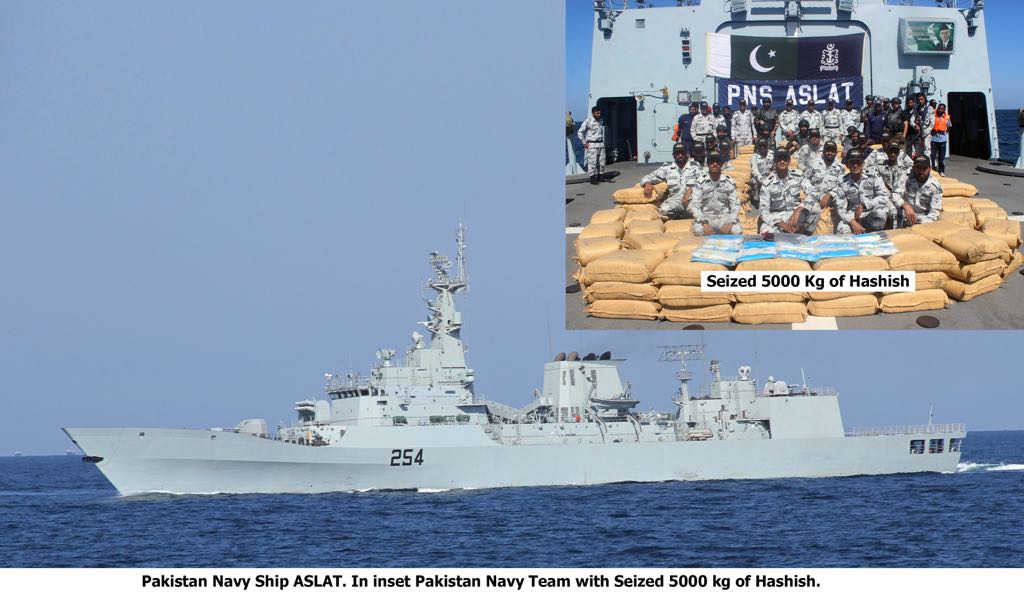 Pakistan Navy has been instrumental in curbing illegal transportation of contraband goods and will continue to shoulder its national obligation and responsibility for making the sea lanes across Indian Ocean safe and secure.

PNS ASLAT is a F-22P frigate capable of undertaking wide variety of combat as well as full spectrum Maritime Security Operations at sea.

The ship was deployed as part of the Multinational Combined Task Force-150 (CTF-150)​, which is part of Operation Enduring Freedom (OEF). The Task Force-150 is mandated to ensure maritime security to prevent counter terrorism and associated illegal activities.