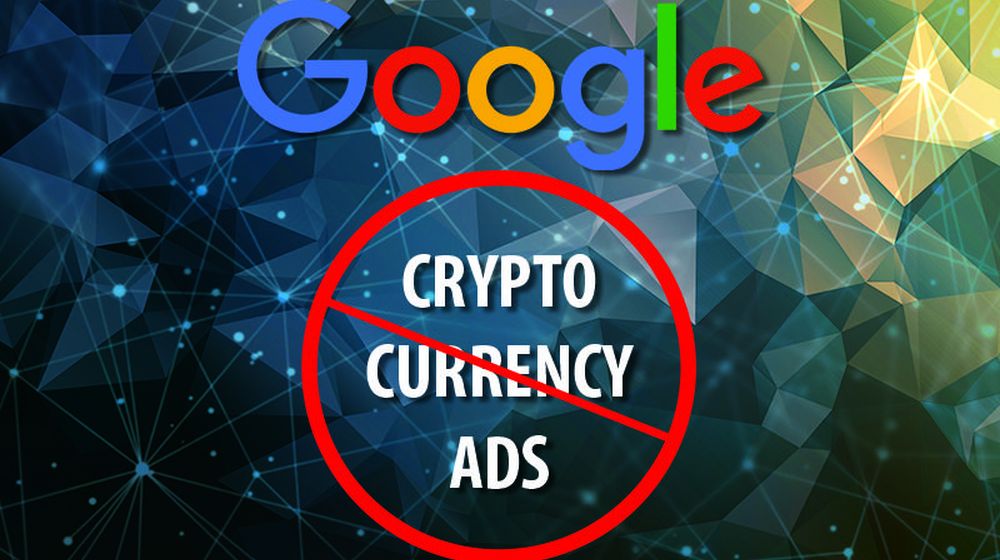 Google will ban all cryptocurrency related adverts due to the high risk of fraud starting from June 2018.

Google will ban all cryptocurrency related ads starting from June this year. The decision comes in after the biggest social media network, Facebook, announced a similar initiative.

Facebook, earlier this year, announced to block all initial coin offering (ICOs) ads on the platform. Now Google has updated its advertisement policy as well, leaving the crypto sector without their two biggest web-ad sellers with the most reach in the world.

The search engine giant will ban all crypto-related promotional content including ICOs, wallets, trading advice etc. The company is looking to reduce the chances of cryptocurrency related frauds through its platform.

Google is blocking ads due to a high probability of scams associated with cryptocurrency. The company said in a statement,

We don’t have a crystal ball to know where the future is going to go with cryptocurrencies, but we’ve seen enough consumer harm or potential for consumer harm that it’s an area that we want to approach with extreme caution.

The ad policy was updated after Google’s annual report of “bad ads” came out. In the report, all controversial and malicious ads are reviewed annually to ensure the transparency of the content that the company promotes.

It was mentioned in the report that Google blocked around 3.2 billion ads in 2017 alone that were violating the policy. This number increased by 1.5 billion in just one year as in 2016 around 1.7 billion ads were removed.

Alphabet (Google’s parent company) generates 84% of its total revenue by selling ads. In 2017, the company generated $95.4 billion in revenue through ads alone.

The company has also started a crackdown on websites that are copying information from other sources and has blocked 12,000+ websites so far.