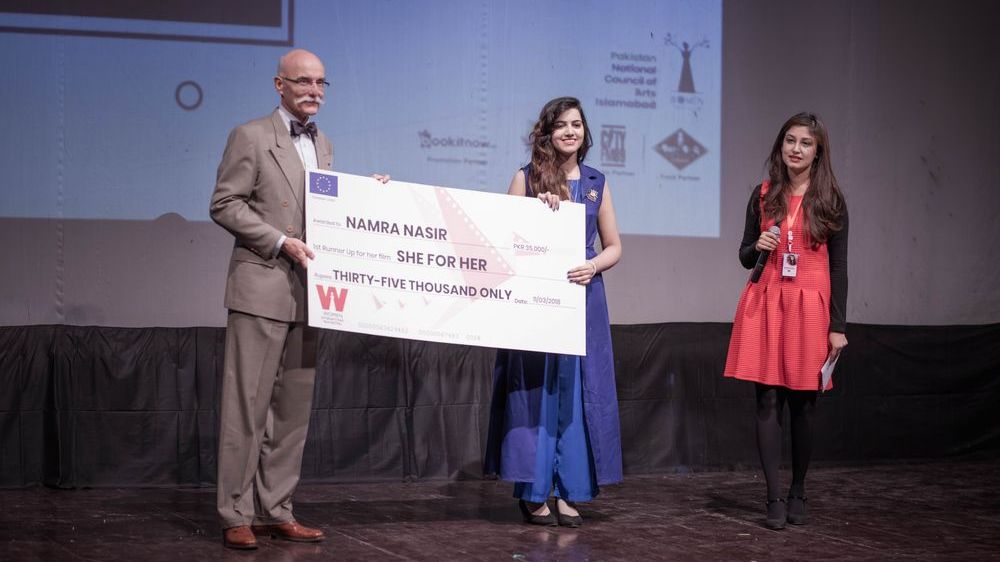 Short independent films received from filmmakers around the world were screened.

Islamabad,– Women International Film Festival (WIFF) – an event of remarkable prestige, was held at the Pakistan National Council of Arts (PNCA), with the support of the European Union. The overarching aim of WIFF was to promote amateur filmmakers, and female filmmakers in particular, by building and uniting the next wave of talent and connecting the film community.

WIFF aimed to give filmmakers, both male and female, the opportunity to use film as a tool to advocate for gender equality, shed light on gender rights, as well as tell powerful stories of the successes and struggles of both genders. 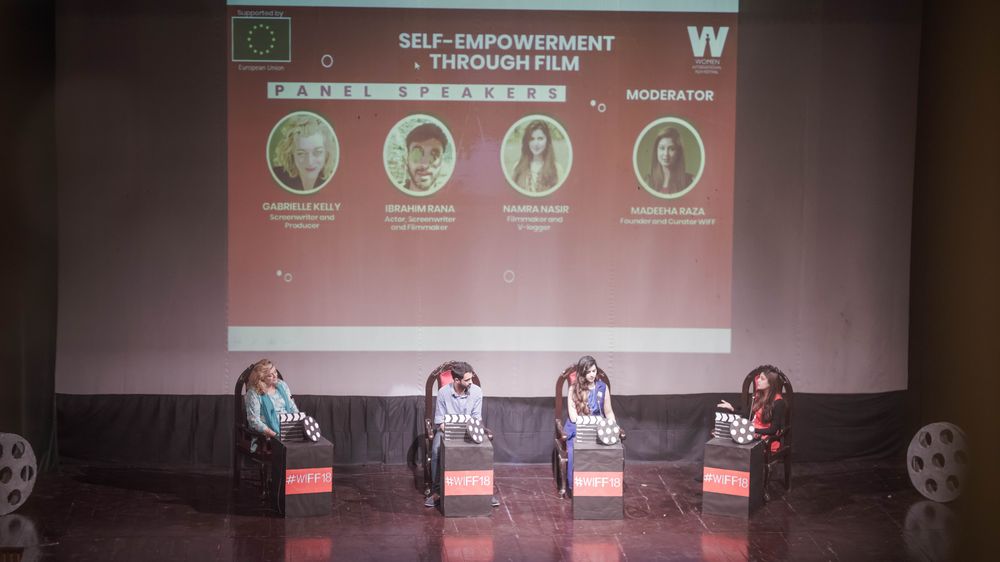 The first day of the event was dedicated to Parwaaz – A capacity building Film Lab for amateur filmmakers centered on “The Art of Cinematic Storytelling”. Participants for Parwaaz film lab underwent a selection process, were shortlisted based on merit and prior experience and were part of an all-day intensive and interactive film lab. The lab trainers were Ms. Gabrielle Kelly – an Irish filmmaker and global expert on Media Labs, and Ms. Emily Macinnes – a Scottish documentary filmmaker and photographer.

The grand screening event was held on the second day of the eventwhere13 shortlisted film entries received from around the world, centering on the themes of Women & Child Rights, Inspiring Women, and Gender Equality were showcased, whereby the last theme was open to both male and female filmmakers. Women from around the world, including Tajikistan, India, the United States of America, United Kingdom, and Egypt, besides many from Pakistan, had submitted films that were screened at the event attended by students, policymakers, diplomats, and public figures including politicians, journalists, and human rights activists. The event also featured live performances, discussion panels, and a Q&A session along with prize distribution at the end. A small reception followed. 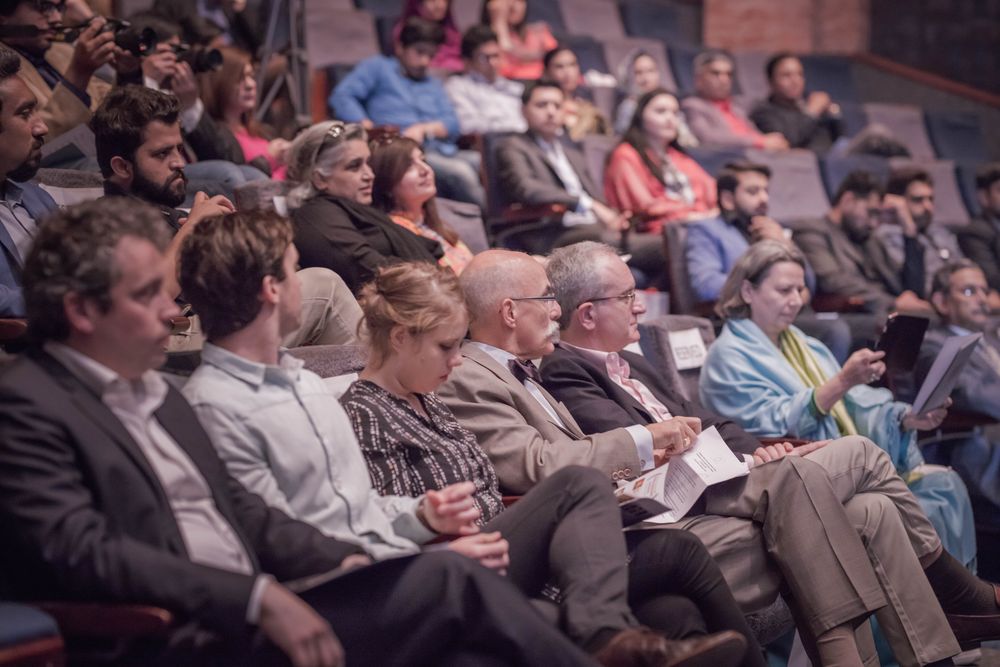 The European Union is a proud supporter of the Women International Film Festival, as it encourages a dialogue of self-empowerment, creativity, and safe spaces for women. After attending the first edition of the festival last year, it felt natural for the EU to support one of the very few examples of such a festival around the world.

The jurors for WIFF this year included; Ruth Beni (a multi award-winning filmmaker and writer), Hammad Khan (Pakistan’s most defiantly independent filmmakers and the director of “Slackistan”), Samar Minallah Khan (the filmmaker behind the famous documentary “Swara – A Bridge over troubled waters”), Paula Kweskin Weiss (a filmmaker and human rights attorney; producer of Honor Diaries, and award-winning documentary on women’s rights), and JamshedMahmoodRaza (fondly known as Jami – an award-winning film director &founder of Azad Films).After the jurors had concluded their grading and passed down their judgment remotely late last year, the results were finalized and winners were selected.
WIFF 2018 featured two discussion panels: A.Self-Empowerment through Film – featuring filmmakers Ibrahim Rana and NamraNasir whose films were screened at WIFF and Ms. Gabrielle Kelly (Parwaaz Film Lab trainer) and B. Creating Safer Spaces for Women in Politics through Film – featuring Senator Sherry Rehman, Ms. Nasim Zehra (an acclaimed Pakistani journalist), and Ms. Tazeen Bari (documentary filmmaker) who film was showcased prior to the panel. This panel was moderated by Ms. RukhsanaNaz – a strong women rights activist.

“This year we’re screening evocative and artful films that really demonstrate the power of cinema not only effecting change but telling stories and engaging an audience on an emotional and cerebral level,” MadeehaRaza, the founder and curator for WIFF says.