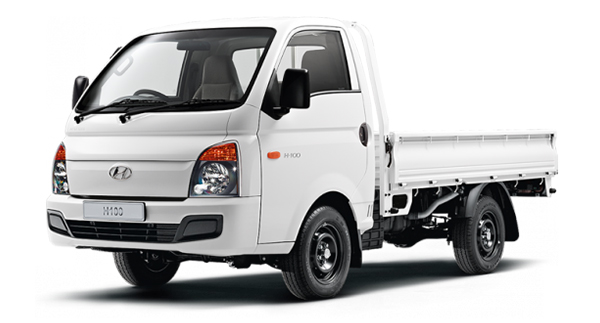 In a Facebook post, Hyundai-Nishat, which is Hyundai’s Pakistan-based subsidiary, alleged that Daehan-Dewan’s recently launched Shehzore pickup truck is a fake “Chinese replica” when compared to the Hyundai H-100.

The Shehzore pickup truck, it should be mentioned, was assembled under Hyundai’s brand in Pakistan until 2004. It proved to be popular due to its sturdy and reliable build.

Daehan-Dewan Motors, in a bid to re-enter the vehicle business, resurrected the 2018 version of the Shehzore truck under their own brand-name. Its design was much similar to the current Hyundai Porter (also known as H-100), which was sold in Pakistan as Shehzore before 2004.

Interestingly, the above post has been removed by the company when we filed this report.

The classic Shehzore made its mark in the commercial vehicles segment and is well-reputed among buyers in Pakistan. In this picture, you can notice that Daehan made the sticker design look almost identical to the older Shehzore, with a similar color theme and  font to indicate its connection to the original one initially sold by Hyundai:

According to some reports, Daehan’s Shehzore actually does use Hyundai-made engines – the same ones which will be used in Hyundai’s H-100 which Hyundai Nishat is expected to launch in Pakistan.

“Since the product design is a replica of our Hyundai H-100, and the body was made in China without having any license agreement with Hyundai Motor South Korea, it is, by all means, a counterfeit product.” – Hyundai Nishat

Both vehicles have a somewhat similar design. However, there are some visibly noticeable differences between the two trucks as well.