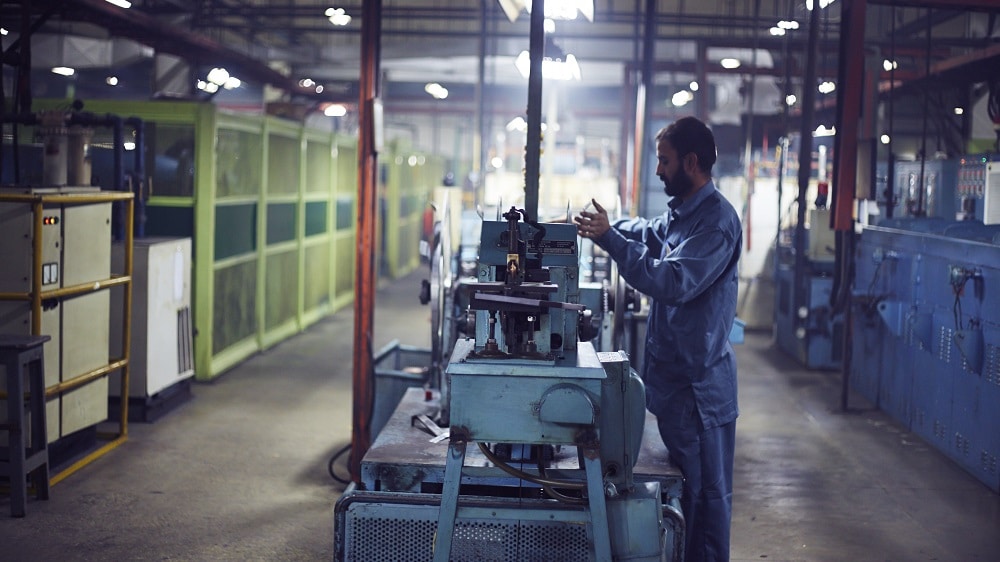 According to the latest data released by Pakistan Bureau of Statistics, large-scale manufacturing (LSM) sector posted a 5.52 percent growth in February over the same month in 2017 as infrastructure uplifts boosted cement and steel off-takes, while auto demand continued to increase.

However, compared to January, it decreased 1.5 percent in February, Pakistan Bureau of Statistics (PBS) data showed.

Data showed that non-metallic mineral products, including cement (up 11.3pc), automobiles (7.99pc) and iron and steel products (12.6pc) were the main catalysts of monthly growth in the industrial outputs.

In July-February, the sector, which accounts for 80 percent of manufacturing, increased 6.24 percent, which is in line with the target of 6.3 percent for the current fiscal year of 2017/18.

“The production in July-February 2017/18 as compared to July-February 2016/17 has been significantly increased in food, beverages and tobacco, coke and petroleum products, pharmaceuticals, non-metallic mineral products, automobiles, iron and steel products, electronics and paper and board while decreased in fertilizers and leather products,” PBS said in a statement.

All the three data collection authorities registered an increase in production during February.

Sales of automobiles continued to increase in February as lower interest rates encouraged consumers to get cars on auto finance.

The increase in demand for passenger cars can largely be explained by rising incomes, upsurge in popularity of online ride-hailing services, and easy access to affordable bank finance.