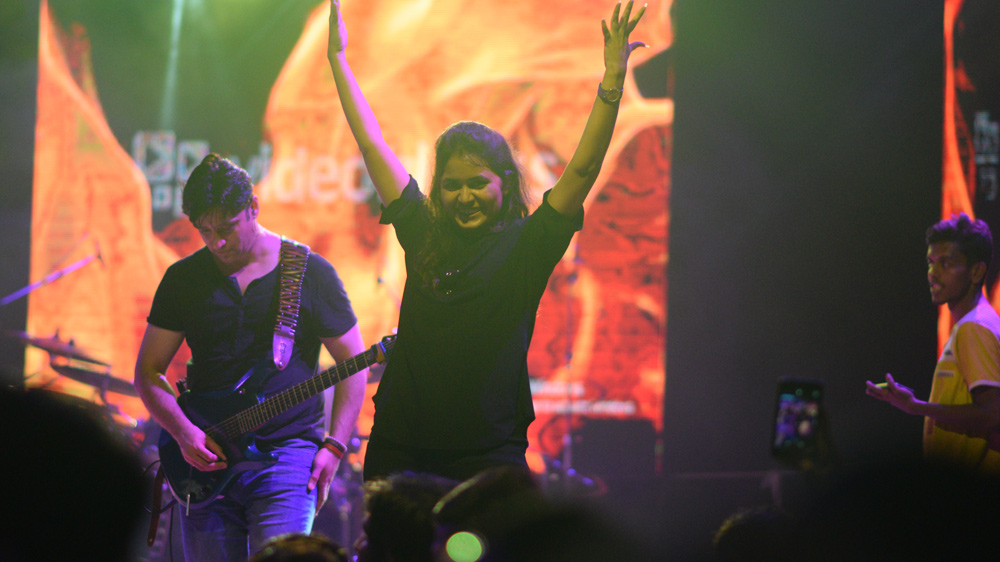 ConnectHear, a Pakistani startup which focuses on making lives of deaf and dumb easier, showcased their expertise in the concert as well. They provided in-person song interpretation for all the musical performances done by Strings as well as those of the Habib University’s students, making those performances accessible to special attendees at the event. 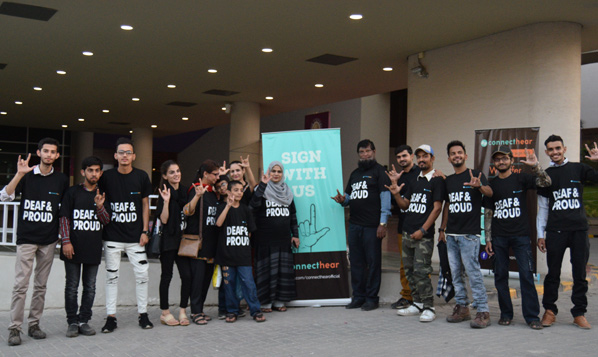 The concert kicked off with a visual presentation of the Pakistani National Anthem in Sign Language by students from JS Academy. These students also participated as models at the Pakistan Fashion Week Spring/Summer 2018 as part of designer Amir Adnan’s segment.

For the whole duration of the concert, ConnectHear’s professionally-trained interpreters Muhammad Osama, Sidra Khan, Azima Dhanjee and Sumaira Sultan made all out efforts in ensuring that deaf attendees got the concert experience of their lifetimes. To accomplish this, the team made use of external equipment such as lighting and vibration setups to interpret and energize the songs being performed live. Thanks to their efforts, the deaf audience was also able to visually and physically feel the music, and became as involved and excited as their fellow Habib University students.

The concert was free for the deaf individuals to attend. ConnectHear ensured that many of the numerous deaf schools across Pakistan including JS Academy and DeafReach were part of this experience. The event was attended by more than 300 deaf individuals, who were treated to an amazing experience.

With the mentorship and support of The Nest I/O, ConnectHear embarked on a journey to bridge the communication gap between deaf individuals and others by making use of video-based and in-person interpretation solutions.

ConnectHear’s mission started 10 months ago, and since then they looked forward to a day where the deaf would not feel limited or constrained due to their perceived “disability”. Last night’s concert marked a major milestone towards realizing this vision of inclusivity.

Moving forward, ConnectHear hopes that this is only the starting point of similar initiatives being taken across Pakistan that involve the deaf community as part of our society.