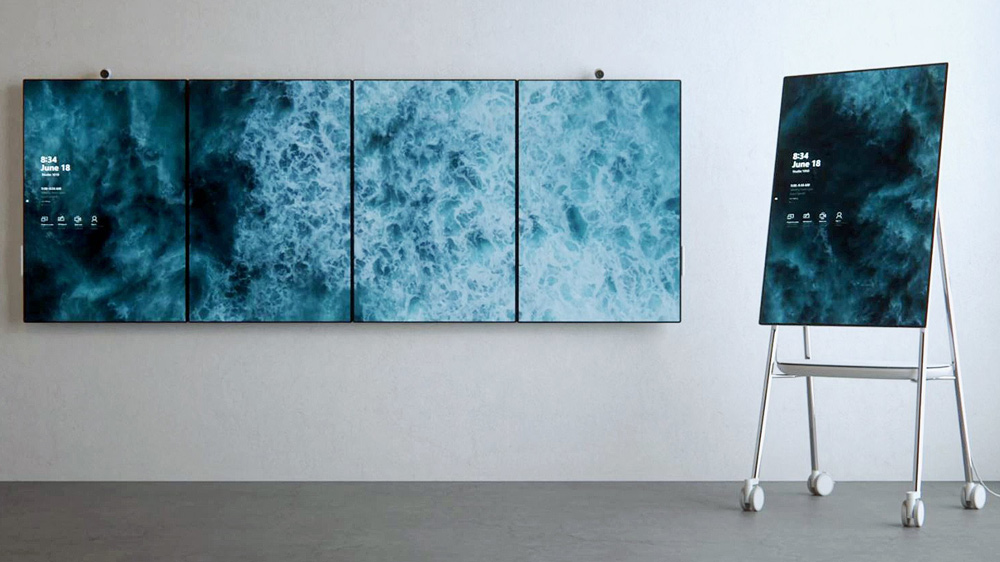 Microsoft’s Surface Hub 2 is much more accessible and mobile, improving on the original design.

Microsoft’s focus on collaborative systems has been quite well-known over the past few years, and it continues into 2018 with the announcement of the new Surface Hub 2.

The successor of the original Surface Hub, announced back in 2015, will come with a 50″ display with 4K+ resolution on the front. Compared to last model, the Hub 2 takes a page out of other Surface products by offering a 3:2 aspect ratio to display more content.

While there’s no 84-inch model this time, multiple Surface Hub 2’s can be combined together (up to 4) to form a larger work environment, which’ll easily be a very expensive project. However, the thinner bezels will provide a much more seamless experience.

That’s not all, as Microsoft is also focusing on more flexibility by offering wheeled stands that make the Hub more mobile, alongside hinges that allow the display to rotate. Multiple-speakers, far-field microphones and a camera are also built into the design.

The software, Windows 10 Team, has been enhanced this time to allow multiple users to log-in and continue on multiple stages of a same project at the same time.

The previous Surface Hub wasn’t a smash hit that Microsoft expected, achieving sales of barely 5000 in 25 countries, however, the new Hub might do better thanks to its improved accessibility. It does face more competitors than before, however, with Google’s whiteboard chief among them. 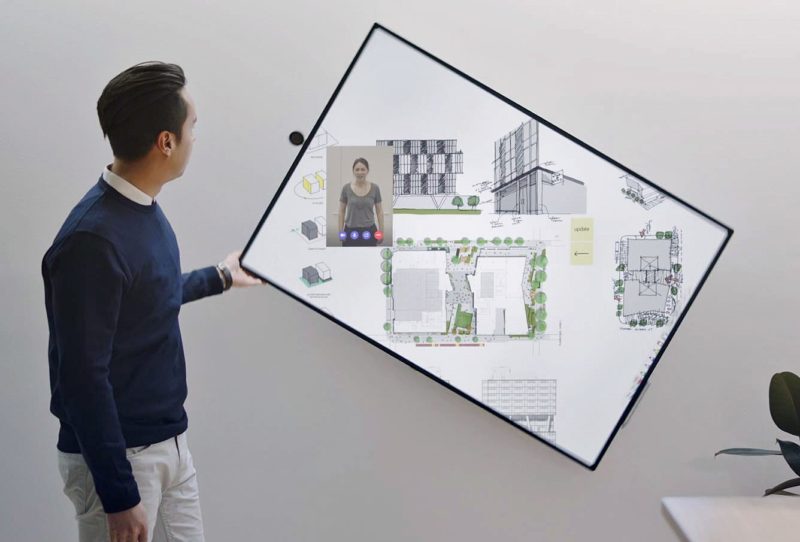 The Surface Hub 2 will be released next year to any people who require it, though, whether it’ll ameliorate the supply issues is another story. Pricing will be announced later, though, bear in mind the last model started at $8,999.