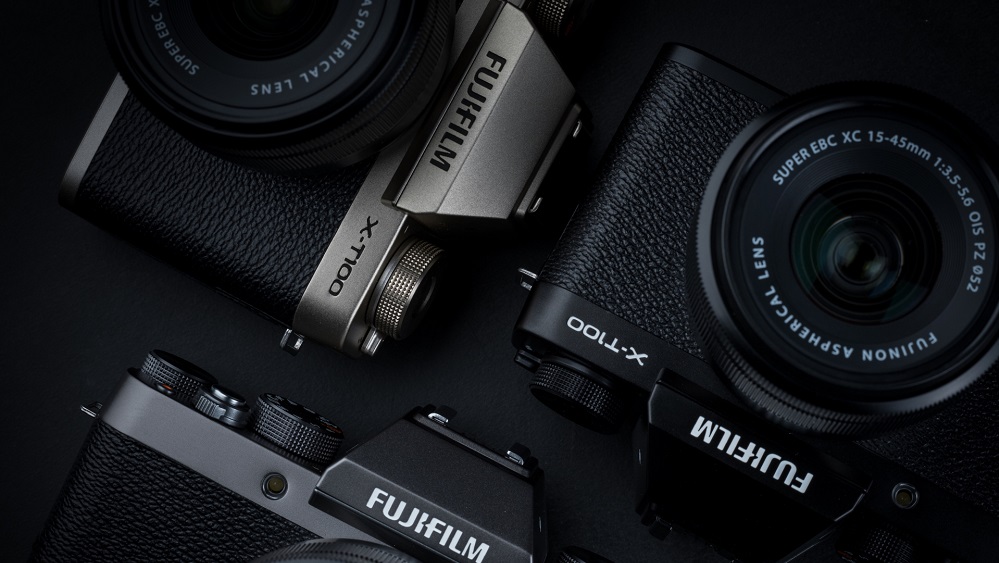 Fujifilm’s new entry-level mirrorless camera is for the casual photographer.

Fujifilm has announced a new mirrorless camera in the lower echelon of the market. The new X-T100 comes with a design which is a throwback to cameras of years gone and follows the conventions of modern times with a rotatable LCD.

The design doesn’t only come with leather (in a silver, black or gold body), but also retains two dials at the top which are customizable as per your liking. The construction is aluminum.

The sensor on the front is a 24-megapixel APS-C one, rather than X-Trans which Fujifilm is more known for. The burst mode gives you up to 6 fps, while the ISO range sits at 200-12800. At the top is a pop-up flash, which should be enough for occasional low-light photography.

At the back of the camera is an electronic viewfinder to accompany the 3″ 1.04-million-dot touchscreen LCD, which can move on a three-way axis. It can also rotate outwards for vloggers and selfie-lovers (and you really have to be one to buy a camera for the purpose).

On the video front, you get a 4K mode at an uninspiring 15 fps, while 1080p mode does go up to 60 fps. There are 17 filters for altering your output, while 11 modes included for video can give you a further whiff of nostalgia.

Battery life is rated at 430 shots. Connectivity options include both Wi-Fi and Bluetooth 4.1, while for wired options you get microUSB and HDMI.