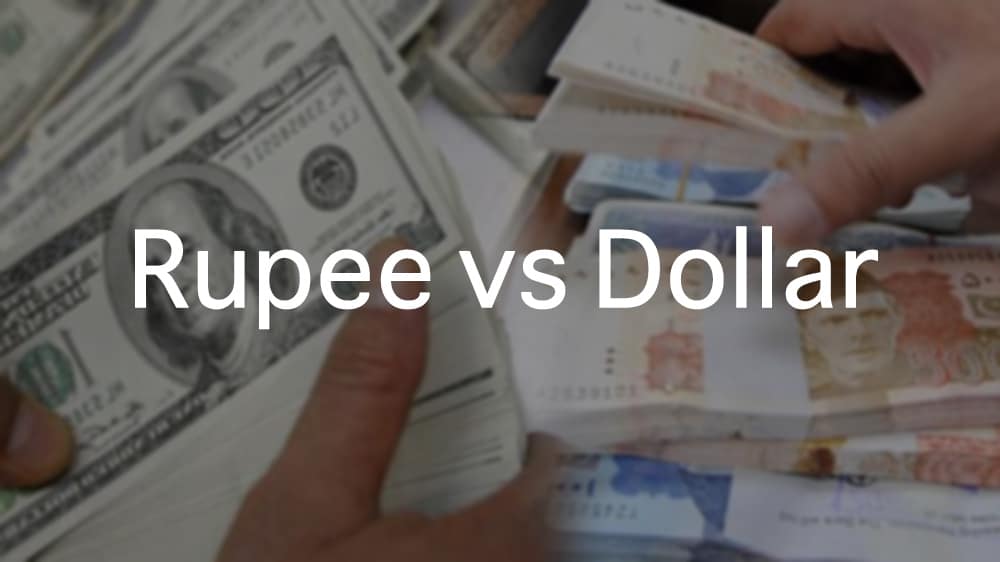 US dollar has hit a record high of Rs 120 per USD in interbank trading on Monday morning. The greenback, which was previously standing at Rs 115.63, rose by Rs 4.38, according to foreign exchange dealers.

The value of the Pakistani Rupee has seen another four percent decrease in the interbank market as a result of the rise in dollar’s value.

Between December and March, the rupee cumulatively shed close to 9% of its value after the central bank reportedly abstained from intervening in response to a widening current account deficit.

Earlier this year in March, the US dollar had shot up by Rs 4.93 in the interbank market to hit a high of Rs 115.50 before coming down to Rs 115 at the close of business.

The currency also shot up to its record-high in the interbank and peaked to Rs 116 in the open market not so long ago.

Moody’s Investors Service – one of top three global credit rating agencies – forecast that Pakistan’s rupee could shed value by another 7.75% and its worth may drop to Rs 125 against the dollar by June next year.

The credit rating agency said that a moderate but rising level of external government debt also exposes the country’s finances to sharp currency depreciation. The high level of imports, largely because of CPEC, continues to exert pressure on the external account, it added.