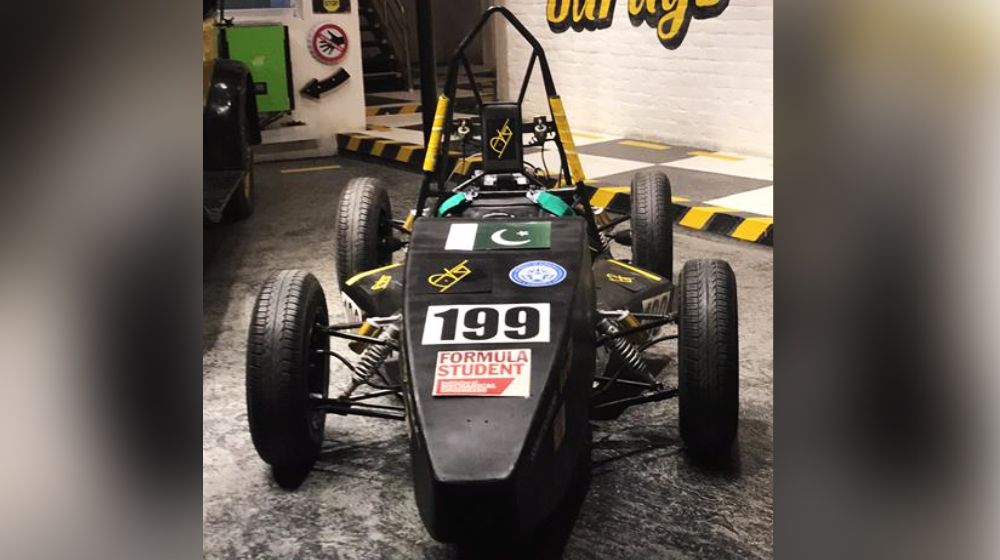 An all-girl team from National University of Sciences and Technology (NUST) H-12 Campus, Islamabad will be competing for International Student Formula One Competition being held in the United Kingdom from July 11-15, 2018.

Team Auj – translating to epitome or climax – consists of 10 members from different departments including School of Art, Design and Architecture (SADA), NUST Business School (NBS), School of Electrical Engineering and Computer Sciences (SEECS) among others.

Having won a ticket to participate in the 30-team event being held in Silverstone this month, the team had started working on their formula style with an initial goal to deliver on the following specs:

However, the financial constraints due to lack of funds were the biggest hurdle faced by the team thereby making a few adjustments to the specifications to still be able to compete at the global event. Laila Khan, working in the Prime Minister’s office drew the then PM Shahid Khaqan Abbasi’s attention towards this following which, the team was funded by PM office. 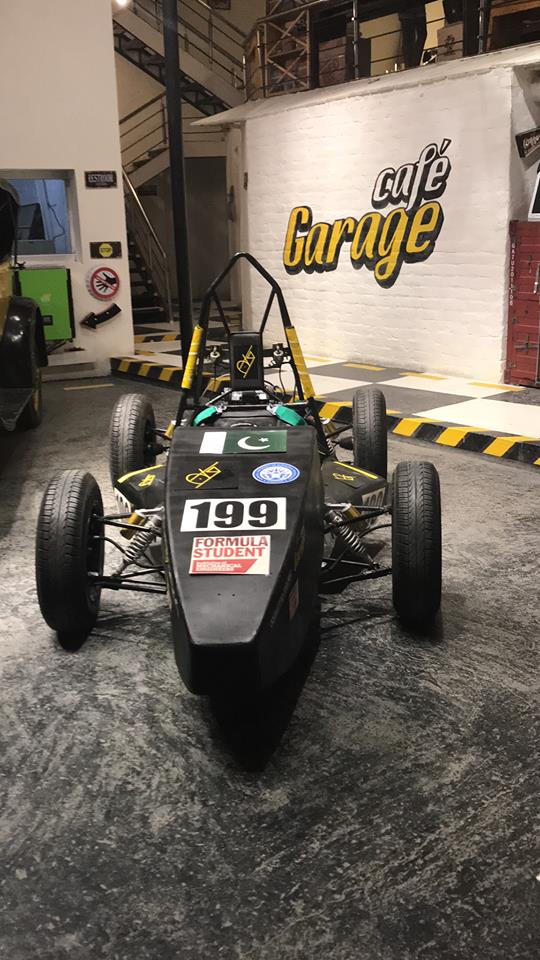 The team has finally built their dream formula car and is aiming to bag a top position at the event. They have unveiled their car, which was built from scratch by the girls, only recently.

We really hope to have more people support women in Pakistan and also introduce our country to collaborative design. We want everyone, not only women, to not let a paper dictate what you can and cannot do.

The team, sponsored by Automark, Wild Wings, Autocom, Syed Flour Mills and Ricardo, will be presenting their 1-seater race car to a manufacturing firm at the event. They will be evaluated based on the car’s fuel economy, endurance, acceleration, design dynamics, skidpad and more.

With hundreds of young students participating in Europe’s educational engineering competition, the event promises to be a stepping stone for the uber-talented Pakistani girls. Here’s to hoping they do well at the event.