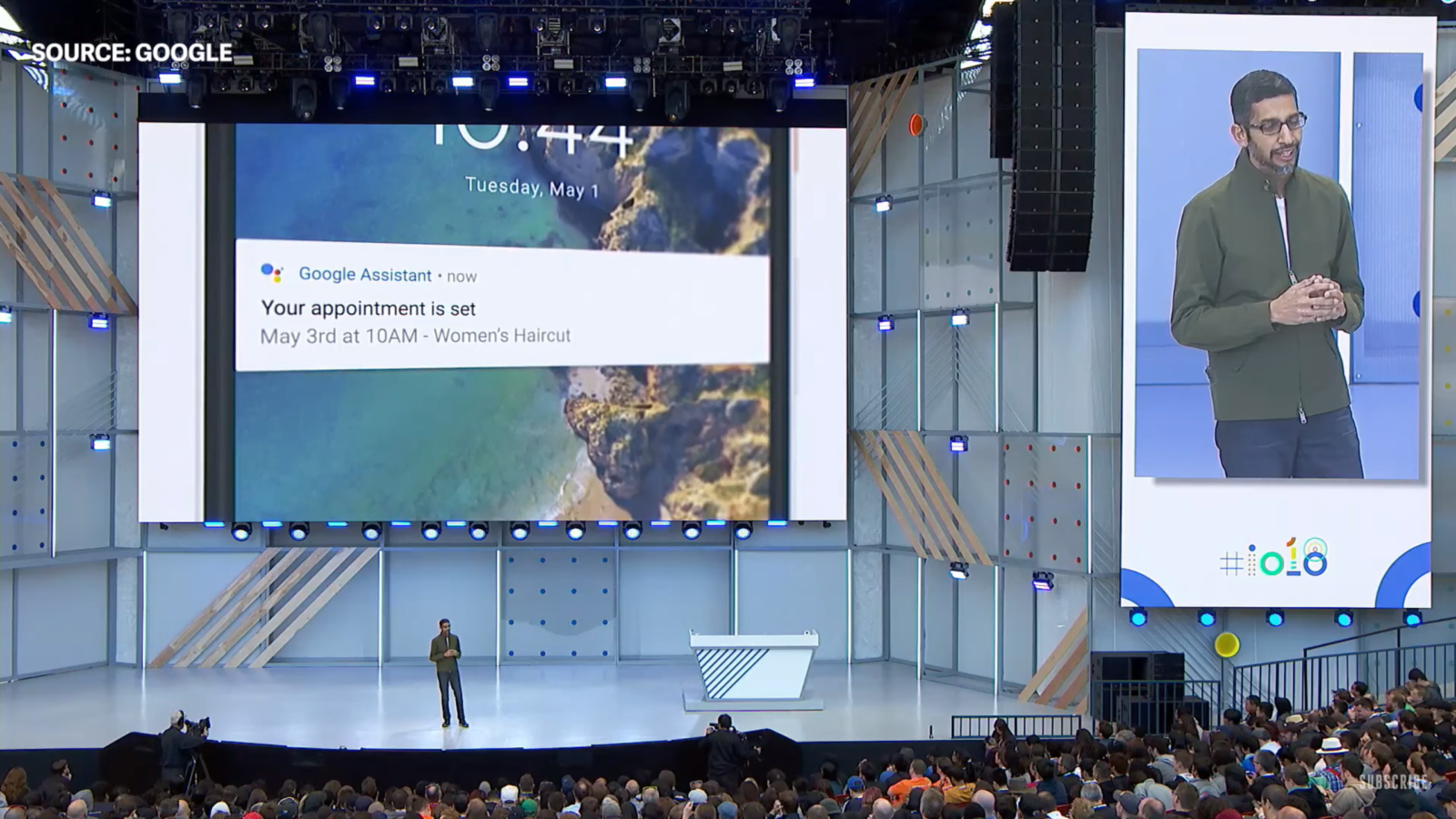 You may soon be talking to an AI on your phone without knowing about it.

According to an anonymous spokesperson speaking with The Information, it looks like Google is in talks with large companies (including a major insurance firm) and are in very early stages of testing Google’s natural language voice assistant to replace call center workers.

The AI would able to answer simple and repetitive customer calls, and if the conservation gets complicated a human assistant would step in to continue with the call.

The company isn’t actively testing the technology with call centers for now. Duplex is designed to operate for very specific cases like making reservations or booking for a restaurant or a hair salon etc.

It’s important that we get the experience right and we’re taking a slow and measured approach as we incorporate learnings and feedback from our tests.

Google first introduced its AI phone-calling technology, “Duplex “in May At Google I/O 2018, The presentation was both incredible and concerning as some thought it sounded too human.

Google Duplex is an extension of Google Assistant that takes natural human-sounding language to make or take actual businesses calls or even speak to a person, all while posing as a real person.

The API can distinguish between 2 to 4 speakers, while taking into account background noise, static, and hold music. It also includes intermittent pauses, the “Mm-hmm” and “Umm’s” that show up in normal conversation.

Google later stated that a call from Google Duplex would identify itself as such before starting the conversation to avoid causing confusion.

This report comes during a time when cloud-based customer call-center industry is increasingly growing, with an estimated worth of $6.8 billion last year and is expected to be worth way more in the future.

If implemented correctly Google Duplex could possibly disrupt the call-center business and potentially put many call center workers out of their jobs.