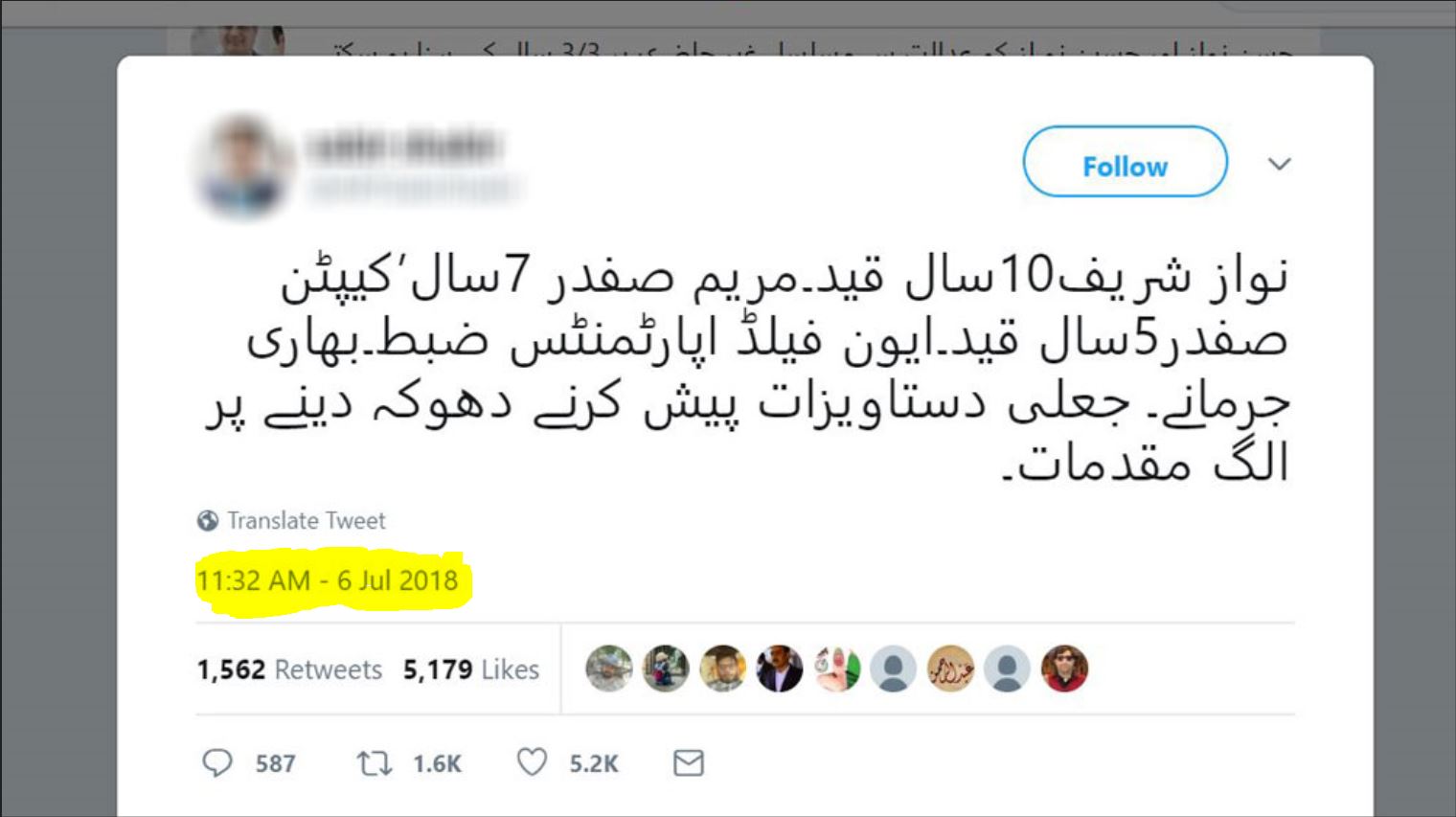 For many of us, July 6th 2018 could be considered one of the most historic days in Pakistan’s history. A day when millions of Pakistanis waited for hours to know the final fate of ex-PM Nawaz Sharif and his immediate family members in the Avenfield flats case.

The Accountability Court was originally due to announce the verdict at 11.30 am. Instead, the case was announced after a 5 hour delay that kept most of us guessing.

However, it seems that one gentleman (mostly) correctly predicted the punishments for Nawaz Sharif and Co. And we have the tweet to prove it:

The individual is none other than ARY News Bureau Chief Sabir Shakir. His tweet from five hours ago was trolled, mocked and made fun of. In fact, he went on to become one of the top trends on Twitter in Pakistan today.

Granted, he got the part about Captain Safdar wrong (who was awarded 1 year instead of 5 years as Shakir’s tweet states). But hey, credit where its due.

Now obviously we had to check if the time stamp was legitimate or not, because a person’s geographical location can influence it. It may be due to the tweet being made from other part of the world. However, that most probably wasn’t the case here.

We decided to check the responses below his tweet, most of them from accounts originating from Pakistan.

This was the first one:

And this is the most recent one:

We’ll leave you to decide what type of tech-hackery or voodoo there was at play here, but all signs indicate that Mr Sabir Shakir called it (mostly) right.