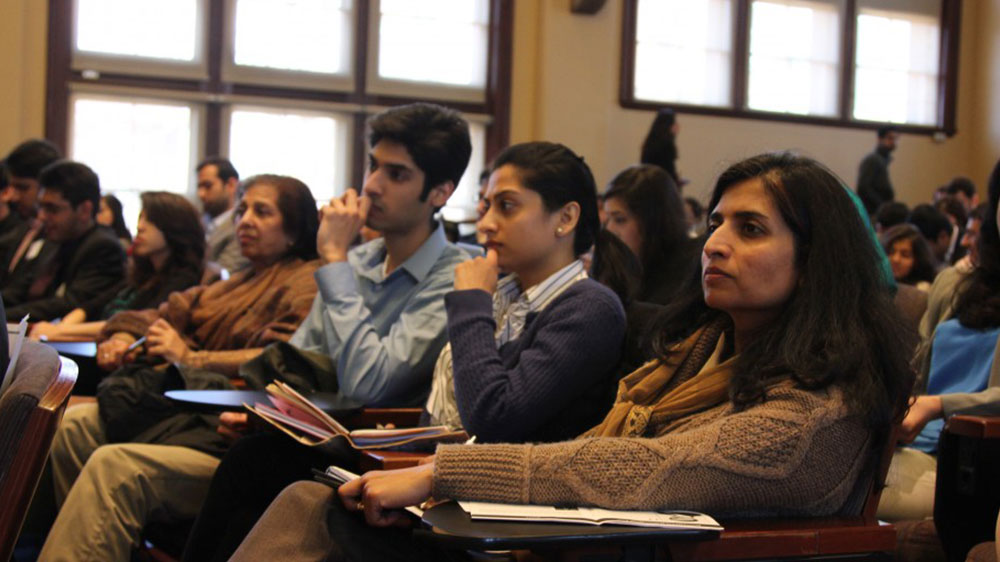 Higher Education Commission (HEC) on Tuesday announced that it is suspending its practice of ranking universities, after many questions were raised on the credibility of the process used to rank them.

Addressing a press conference, Chairman HEC Dr Tariq Banuri said that the Commission would no more rank universities in the country, as it is not the job of a regulator. There are many other institutions for such jobs, he added.

I Want to Establish 10 Autonomous Universities Before End of My Term: HEC Chairperson

Expressing concerns over the declining quality of higher education and 20 percent cut on budgetary allocation for HEC; he said that the future of students has been put on stake, besides squeezing universities over expenses.

Against the demand of Rs 82 billion, the government allocated Rs 65 billion for higher education, while Pakistan is already spending the lowest i.e. 0.25 percent of the GDP on higher education, said Dr Banuri.

Expressing serious concerns over the quality of education, Dr Banuri said that many stakeholders met him have raised the same concerns as it is not only poor but  has been on the decline.

Chairman HEC, while admitting that there are several programs of low quality on the Commission’s website, announced to review all universities’ programs and stop those not meeting the standard criteria. He further resolved to pursue a strict policy on plagiarism and spare nobody find involved in such practices as per the policy. There is a dire need to scale up training and capacity building of faculty, future leaderships/students and administration staff, he said.

The Chairman also said that a job portal would be set where HEC/universities would be able to match skills and jobs to decrease unemployment levels.

He said that he would try to give autonomy to at least 10 universities by the end of his tenure.

Dr Banuri said that though confusion was created after the passage of the 18th Constitutional amendment, it has been overcome to some extent by the Council of Common Interest (CCI). However, there is need of a social contract with the government, to stop interference in HEC affairs and not undermine its autonomous status, as without this the Commission would not be able to meet its challenges.

He further said that students’ rights need to be protected and cater to the needs of next generation. He maintained that a number of measures have to be taken in this regard e.g. ensuring quality of education and research, capacity building of faculty and imparting practical knowledge to students.

He underlined that the faculty capacity building programmes need a review for further improvement. Training programmes are being planned for university leadership as well as administration so that issues like governance, financial management, human resource development, and additional resource generation can be efficiently addressed, he added.

TVice Chancellors should ensure students right to quality education wherein they may have interaction opportunities, he added. “It must be ensured that students are not cheated or defrauded in any way,” he emphasized.

He explained that substandard and low quality academic programmes initiated by universities in violation of HEC guidelines are also tantamount to cheating students. He said the institutions issuing fake degrees are not only endangering the students’ future but also committing injustice to society. “Exploiting education invites strong regulatory action,” he clarified, as HEC gives minimum standards which universities must abide by.