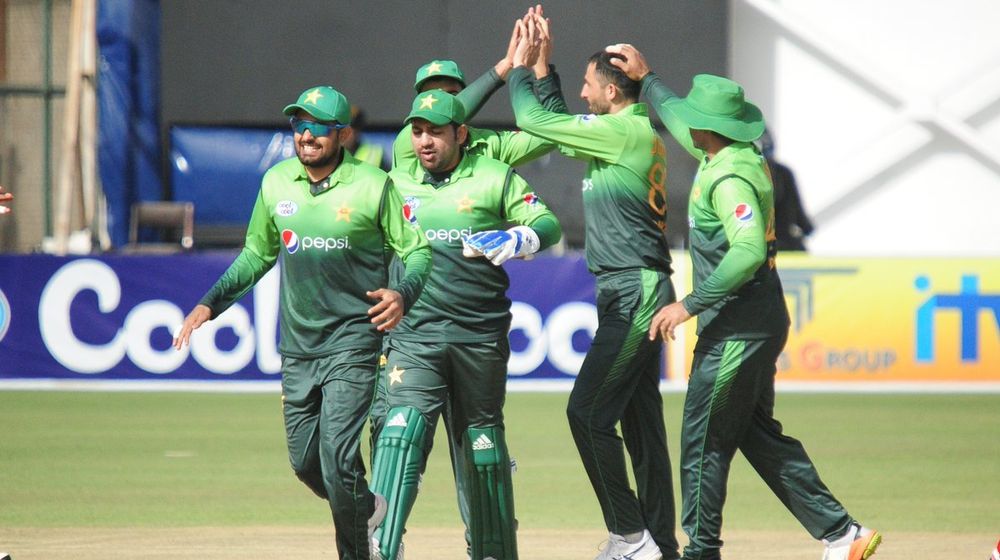 Another day but the same story as today’s fixture proved to be a walk in the park for Sarafaz’s men, wrapping up a decisive lead of 3-0 against out-of-sorts Zimbabwe.

Poor batting and a breathtaking spell of medium pace by the promising all-rounder Faheem Ashraf – who claimed his maiden five-wicket haul – made sure Zimbabwe cut a sorry figure while batting first at Queens Sports Club, Bulawayo.

Toss: Zimbabwe won the toss and opted to bat first.

Result: Pakistan won by 9 wickets with 241 balls to spare.

Zimbabwe batsmen lacked the intent from the start and yet again Usman Khan sent one of the openers back to the pavilion in his first over. The 24-year-old all-rounder, Faheem took it from there and razed the batting line-up as Pakistan bowlers bowled out the opposition for 67 in under 26 overs. This is the second lowest total against Pakistan, with New Zealand’s 64 in 1986 on top. 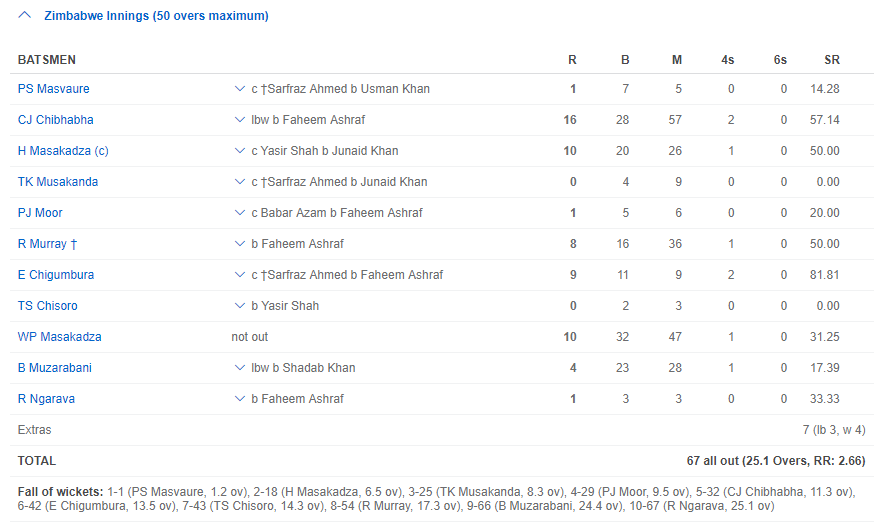 Junaid Khan, who made a comeback in place of rested Muhammad Aamir, also took two wickets. Yasir Shah, Shadab Khan, and Usman Shinwari took one each.

Imam-ul-Haq was dismissed for a duck on the first ball of the innings in the lean chase however, the in-form Fakhar Zaman smacked 43 off just 24 balls which included 8 fours to take his team over the line in just the 10th over. The victory marked Pakistan’s biggest win in terms of the balls remaining bettering the previous record of 206 balls against New Zealand in 1980.

Lowest totals Pakistan has bowled out the opposition for in ODIs:
64 versus New Zealand in 1986
67 versus Zimbabwe today#ZIMvPAK #Cricket

Pakistan reached the target in 9.5 overs, won the match with 241 balls remaining. This is Pakistan’s biggest win in ODIs in terms of ball remaining in innings. Previous was winnings with 206 balls remaining against New Zealand at Sharjah in 1990.

Pakistan today lost first wicket for zero. This was first time in 15 months when Pakistan lost its opener (Imam ul Haq) without score on board in ODIs. Last was Kamran Akmal vs West Indies, April 2017. #ZIMvsPAK #Cricket