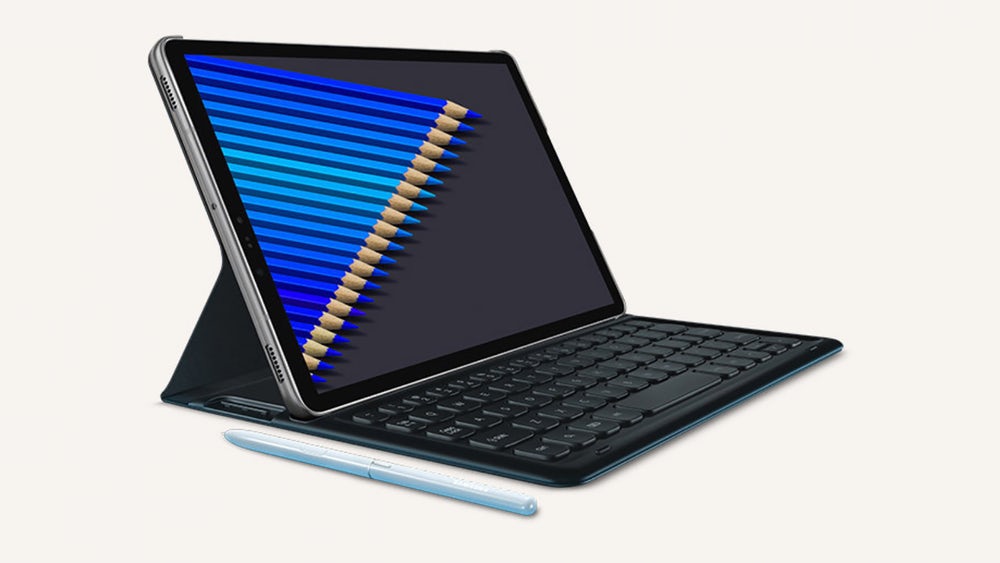 For years, Android tablets have tried to tackle the question of productivity to take on the iPad and came up short. Samsung’s latest take on this might be the best answer since quite some time. 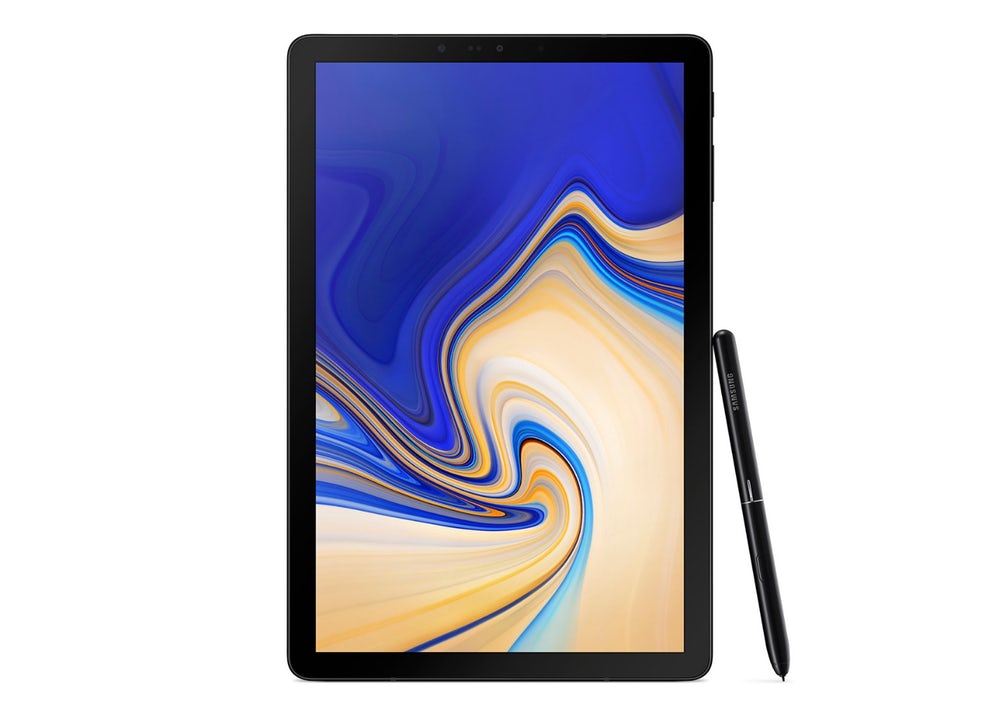 The bezels are slimmer than past Samsung tabs and despite being 7.1mm thick, it comes with a 7300 mAh battery (fast-charging supported) which is good for 16 hours of video.

Further, there are four speakers on each side, like the iPad Pro, fine-tuned with AKG and with support for Dolby Atmos. The software running is Android 8.1 Oreo with support for SmartThings, Samsung’s smart home hub, and Smart Flow, used for sending files between all your devices.

With Lots of Power Underneath

Lastly, cameras are hardly anyone’s first concern for the tablet, however, the tablet covers the basics with a 13 MP and an 8 MP unit on the back and front respectively.

The tablet comes with an S-Pen out-of-the-box, which we’ve seen Samsung bundle on tablets previously. The rival to the Apple Pencil comes with 4096 pressure levels and a 0.7mm tip on the front. It can be used for stuff like taking notes and personalized texts. 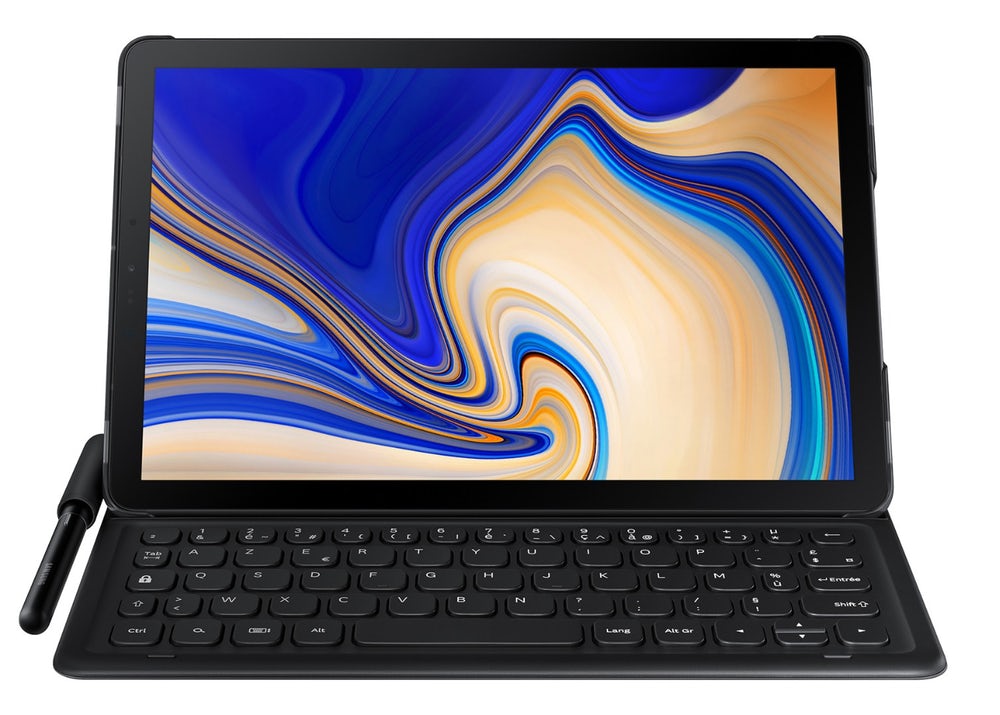 The second tool is the $150 cover keyboard which Samsung sells separately. The jury is still out on whether the keys are cramped or not. It misses out on a trackpad but there’s a solution for that. 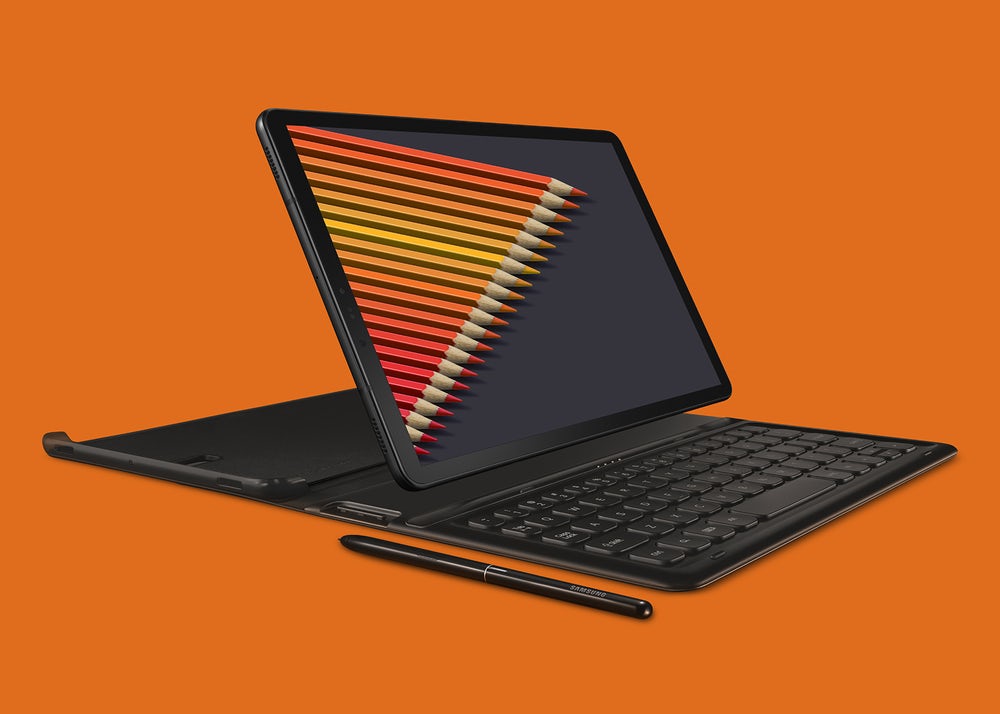 It comes with DeX support, which makes much more sense on a workhorse tablet than a smartphone. It transforms the tablet into a desktop-style experience with up to 20 apps open at a time. Further, you can add displays using the USB port, or add external accessories such as Bluetooth mice.

The tablet also matches its biggest competition in terms of price, being $50 more expensive than before.