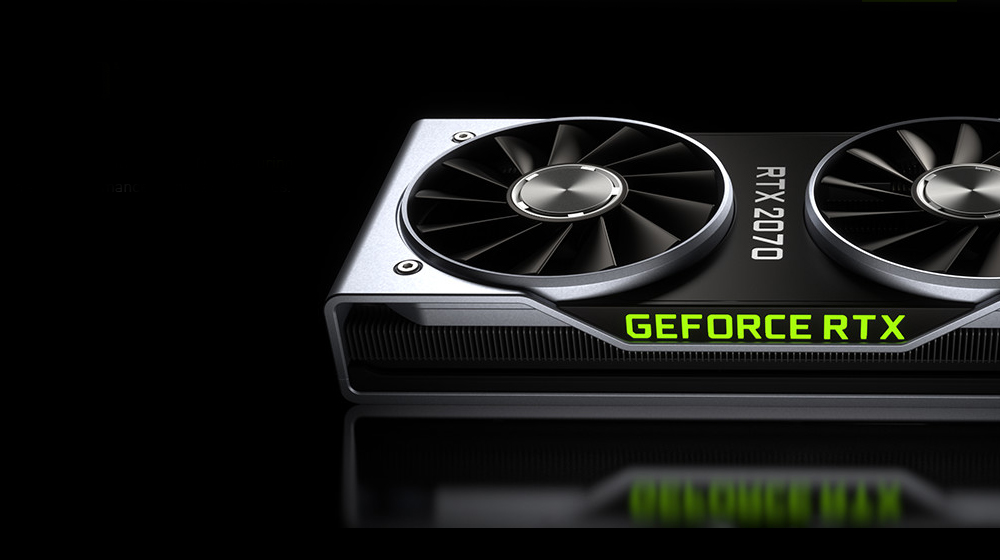 Nvidia RTX 2070, the cheaper alternative to RTX 2080 with ray tracing, will launch soon.

Nvidia is finally unrolling its latest RTX line of GPUs to the consumers and has already launched the top-of-the-line RTX 2080 priced at a whopping $700.

If you think that’s too expensive for you, Nvidia has a solution. The company is set to launch a cheaper 2000 series GPU, the RTX 2070, based on the same build architecture and has already announced a release date on its official Twitter account.

Beautiful any way you look at it.

The GeForce RTX 2070 will be available on October 17th. #GraphicsReinvented

The card will be hitting the shelves soon on the 17th of October, at a price of $499. The Founders Edition version, however, is a bit expensive at $599.

The new RTX series is known for its new-age ray tracing capability, that was showcased by Nvidia at Gamescom last month. It’s a neat feature, that took a lot of processing power in the past, allowing more realistic shadows and reflections in video games.

There are also AI capabilities for optimized gaming, as well as Deep Learning supersampling (or DLSS for short) in Nvidia’s new series which allows you to squeeze a bit more fps out of supported games.

Watch the video below to see ray tracing in action:

Nvidia says that the RTX series should offer six times more performance than the previous GTX series. However, reports claim that it won’t really be much of an upgrade to replace your older GTX 10 series GPU. Also, it’s also better to wait before buying an RTX card, because you won’t be able to utilize its full potential as of yet.

This is because most of the current generation of games don’t support ray-tracing or DLSS. Even though Nvidia is betting big on ray tracing, calling it “the future of gaming”, it’s still considered a small fancy addition for those who don’t mind the graphics much.

If you don’t need raytracing, you are better off going for a GTX card that’s cheaper and should perform just as well on games available in the market right now.

You can have Nvidia notify you when RTX 2070 launches by visiting this link.