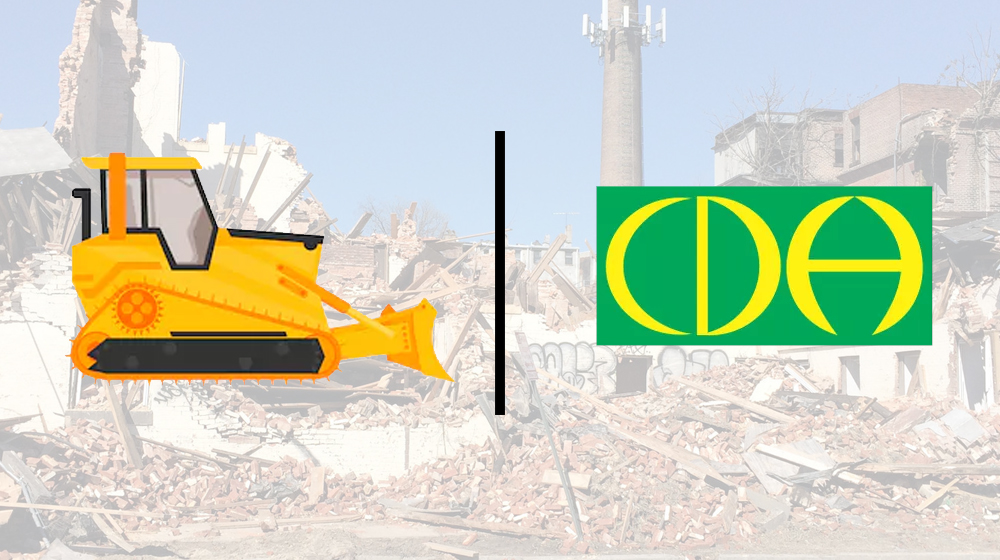 The Capital Development Authority (CDA) has recently taken serious actions against illegal constructions in the federal capital; illegal construction of marquees, houses and other fast food chains have all been demolished as part of the on-going operation.

The judgment was passed after a full bench headed by Justice Nisar said that Imran Khan should be the first person to take the step forward towards regularization of his own property so that he can lead by example.

Not long ago, a crackdown in Bani Gala was arranged by CDA where more than 25 houses were demolished which were deemed to be illegally constructed.

The government’s anti-encroachment drive has seen operations in not only commercial but also residential areas as well.

Jazz took notice of the incident and released a statement, which read:

As a responsible corporate citizen, Jazz always strives to comply with all laws and regulations. The perimeter fence was designed to ensure employees and visitor’s safety and wellbeing. The building is designed according to international best practices. We support any effort to make public spaces more inclusive and hope to work with the authorities to reflect this new direction.

This crackdown from CDA may seem chaotic at first but has the potential to fix a number of land disputes amongst citizens along with clearing up ground for the authority to develop hospitals, education centers and more in main sectors.