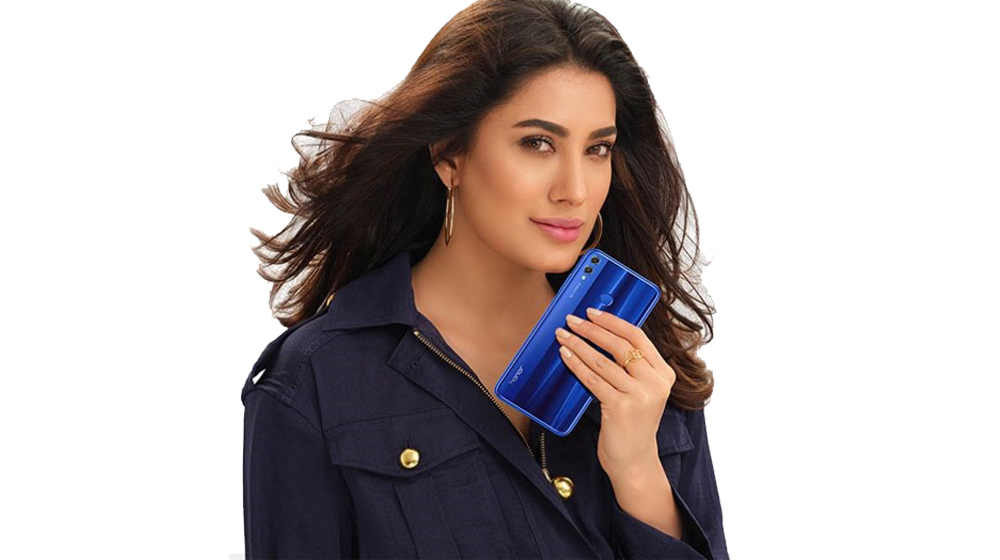 Honor has launched the latest and most powerful addition to its X-series line up – the Honor 8X.

Honor has launched the latest and most powerful addition to its X-series line up – the Honor 8X.

Following on from the successful Honor 10 and the Honor Play launches earlier this year, Honor goes “Beyond Limits” with Honor 8X, a new phone that packs decent specifications into a device that enjoys an accessible price tag.

The device was launched in Pakistan at a star-studded event at Dolmen Mall, Clifton. The event featured brand ambassadors for Honor 8X: the sibling duo Mehwish and Danish Hayat as well as renown fitness enthusiast and entrepreneur Nusrat Hidayatullah and Pakistani YouTuber; Irfan Junejo. 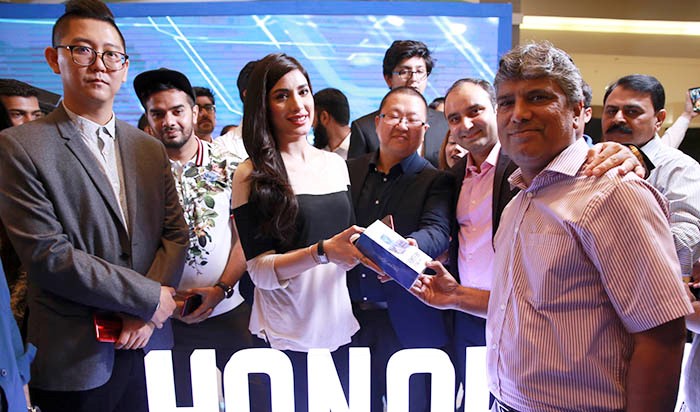 Honor announced their official youth ambassador at the event, who is none other than Asim Azhar. A meet and greet session was held and a surprise performance took the crowd by the storm. Everyone started singing along in a memorable first meet and greet for the young singer. An announcement was also made that Honor and Asim will be going around Pakistan performing for his fans in the coming weeks. 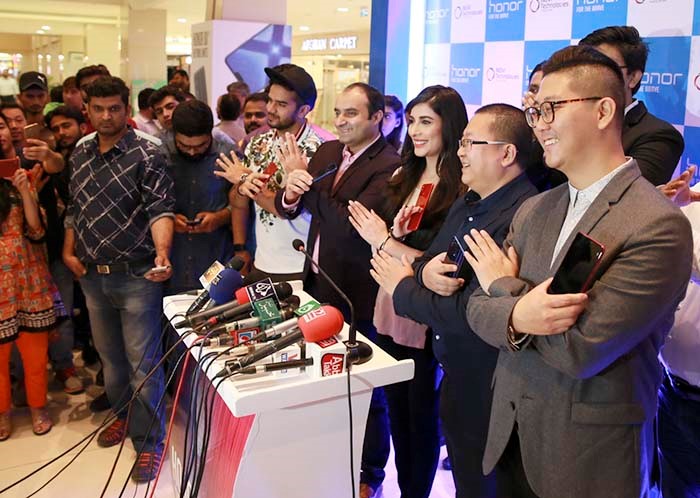 At the competitive price point of PKR 35,999 in Pakistan, Honor 8X offers good value for money for the features and specifications that it offers. With Honor 8X, customers get a 6.5-inch notched, FullView display with a 91% screen-to-body ration and chip-on-film (COF) technology along with a comprehensive list of  features.

Full View Display and a Slim, Elegant Body Made Possible by Chip-on-Film (COF)

Honor 8X is the first Honor phone to have a 6.5” full-view display with a 91% screen to body ratio. Furthermore, the device uses a metal frame equipped with advanced COF technology and a patented antenna design, while also adopting a 2.5D double texture aurora glass body with a grating effect, providing an elegant and smooth look and feel. The smartphone comes in three color choices: blue and black with a red variant coming a little later.

Honor 8X has 128GB of internal storage and supports dual SIM cards with an additional MicroSD card slot up to 400GB. It also features intelligent power saving technology and a 3750mAh battery, which can last for more than one day on a single charge.

Additionally, the power-packed configuration under the hood guarantees a fast and smooth user experience. Not to mention, the sizeable battery makes sure that it remains uninterrupted for a long time.

Honor 8X has dual-lens 20 MP + 2 MP rear and a 16 MP front-facing camera. Plus, the cameras have AI which recognises 22 different categories and 500 scenarios in real-time. Furthermore, the AI optimizes camera settings and enhances photo quality based on what users are shooting.

The new night shooting mode enabled by AI technology eliminates the blurring of photos when taking night shots under a maximum 6-second exposure, even with a shaky hand.

Superb Performance with The Latest Chipset

Honor 8X also comes with improved call quality and connectivity on board. If a person is in a noisy environment, such as on the subway or in a brisk wind, the smartphone will recognize the background noise and enable noise cancellation to improve voice quality and enable clearer conversations. It can also detect variations in signal strength, such as in an elevator, quickly restoring 4G connections to maximum speed right after you leave the lift – users won’t miss a thing.

It is also the first smartphone ever to come with a new eye comfort mode certified by TüV Rheinland – a feature which can reduce blue light emitted by the screen to prevent eye fatigue.

With the newly unveiled Honor 8X, Honor is setting out to hit new benchmarks in terms of balance between value, design and performance. We have launched a device that enjoys flagship features at a budget friendly price to cater to our digital natives, the millennials. We know that millennials are super tech-savvy and that is why we have maxed out all the features found in a flagship and wrapped a price tag on the Honor 8X that does not burn a hole in their pockets.

Honor 8X is now available in Pakistan at a price of PKR 35,999 at your nearest retailers and on its official website.