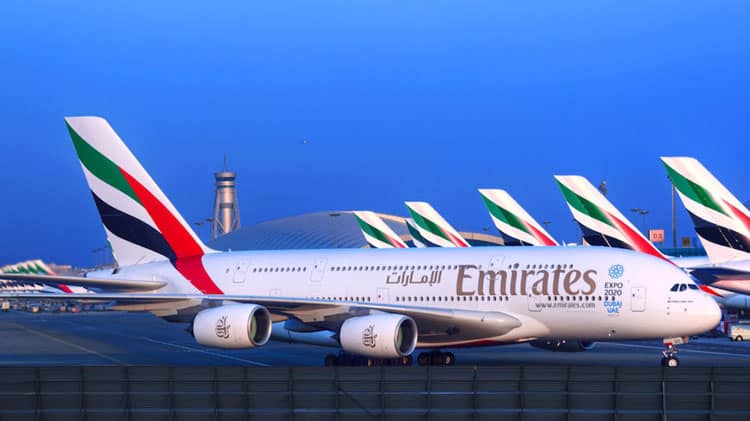 An Emirates flight steward is facing a trial for stealing an amount worth UAE Dirham 18,500 (PKR 667,491) from passengers onboard.

As per the details, three Emirati brothers were flying back from Thailand with their father in June this year. Their father fell ill during the flight and they began to attend him leaving their wallets on their seats.

This was when the steward allegedly took the money in different currencies worth Dh 18,500. They informed the cabin supervisor and also the police on arrival.

An investigation was launched and after the initial inquiry, an Egyptian flight steward, 37 years of age suspected behind the theft, was arrested.

The eldest of the brothers told their side of the story to the prosecutor.

“My brothers and I went to check on my father. On return, I discovered that Dh 3,700 were missing from my wallet. An amount worth Dh 14,800 was also missing from my brothers,” he testified.

“On our complaint, the cabin took photos of the money that wasn’t stolen from our wallets. The currency had a sequential serial number because the money was taken out from the bank, moments before the flight. After the landing, police took fingerprints from our belongings and then they searched the plane, but the money wasn’t recovered,” the brother told the court.

Police claim his fingerprints matched with the ones they lifted from the wallets. The man has, however, denied the charges when he was presented before the Dubai Court of First Instance on Wednesday. He insisted that no such incident, involving him, ever took place.

However, a police official told the prosecutors that the suspect had admitted his guilt when the fingerprints matched.

Suspect’s lawyer has requested the court for more time to review the case and filed to adjourn the hearing until then.

The suspect has not been indicted yet as the trial continues.