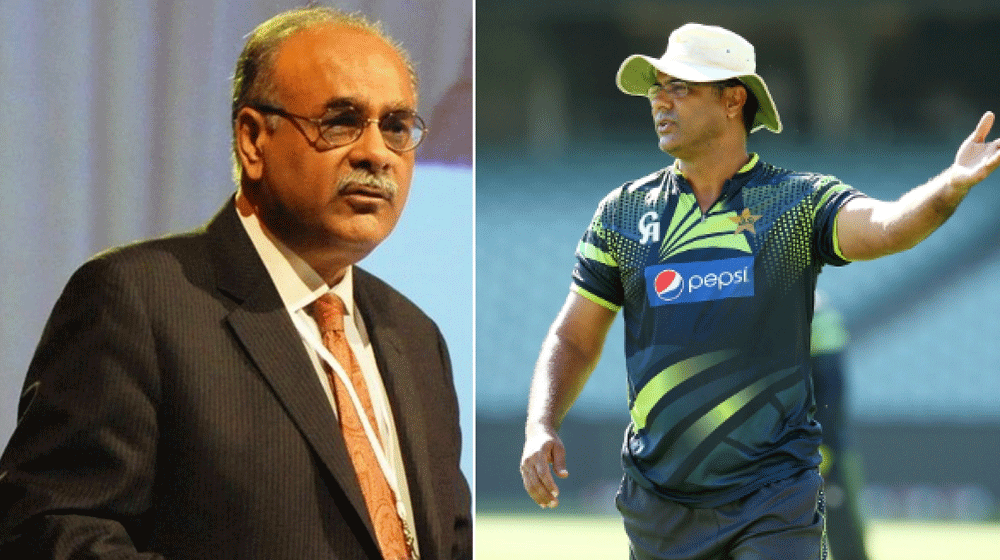 Legendary Pakistani fast bowler and former head coach of the team Waqar Younis has lashed out at former Pakistan Cricket Board (PCB) chairman  Najam Sethi over his remarks.

Sethi, in a televised interview last week, had said that he brought Waqar Younis despite the opposition from within board, but his performance was not satisfactory which led to his removal from the post.

He shared a video clip from Sethi’s on-tv interview in which he made these remarks, and asked former PCB chief to ‘stick to his dirty politics’ and stay away from cricketing matters.

Waqar also blasted Sethi for his remarks against the current cricket committee.

“For all these years, Mohsin Khan had been critical of tainted players like Wasim Akram [in reference to Justice Qayyum report], and now, after just one meeting with Ehsan Mani [current PCB chief], his head has been cleared for him, and the duo is now working together in the board,” Sethi had stated.

He further added that Mohsin Khan had approached him during his time as a PCB boss, and wanted to get a key post in the board.

“Mohsin had approached me back then when I was leading PCB, he asked me to make him head coach of chief selector, but I was advised against his appointment.”

Sethi assumed powers as a member of the Board of Governors of the PCB in 2014. In 2017, he was elected as chairman of PCB.

On August 20, soon after Imran Khan took oath as the Prime Minister, Sethi resigned from his post.