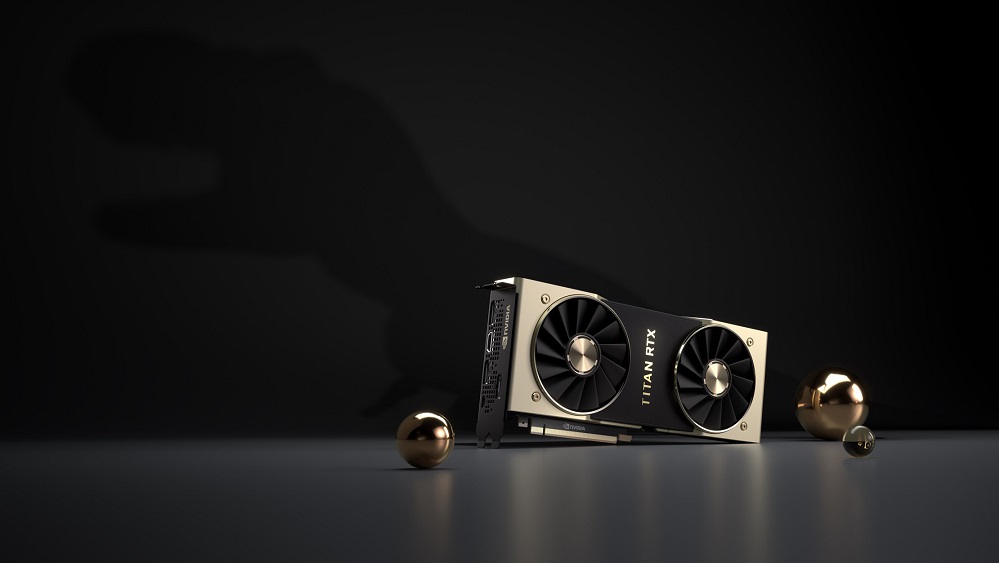 If you’re in the market for an enthusiast-grade graphics card, this ain’t it.

Nvidia has officially announced their latest and best RTX GPU yet, the RTX Titan. The company says that it’s designed for creative applications and will be used for data science and AI research.

Being at the top of the spectrum of RTX cards, the Titan isn’t exactly made for gaming and is primarily built for workstation use. However, if you’re willing to shell out $2,500 for a top of the line card for gaming, you’re more than welcome to.

Built on a 12nm process, Nvidia is calling it the T-Rex. It delivers 130 teraflops of power, in addition to 11 Gigarays of ray tracing performance. 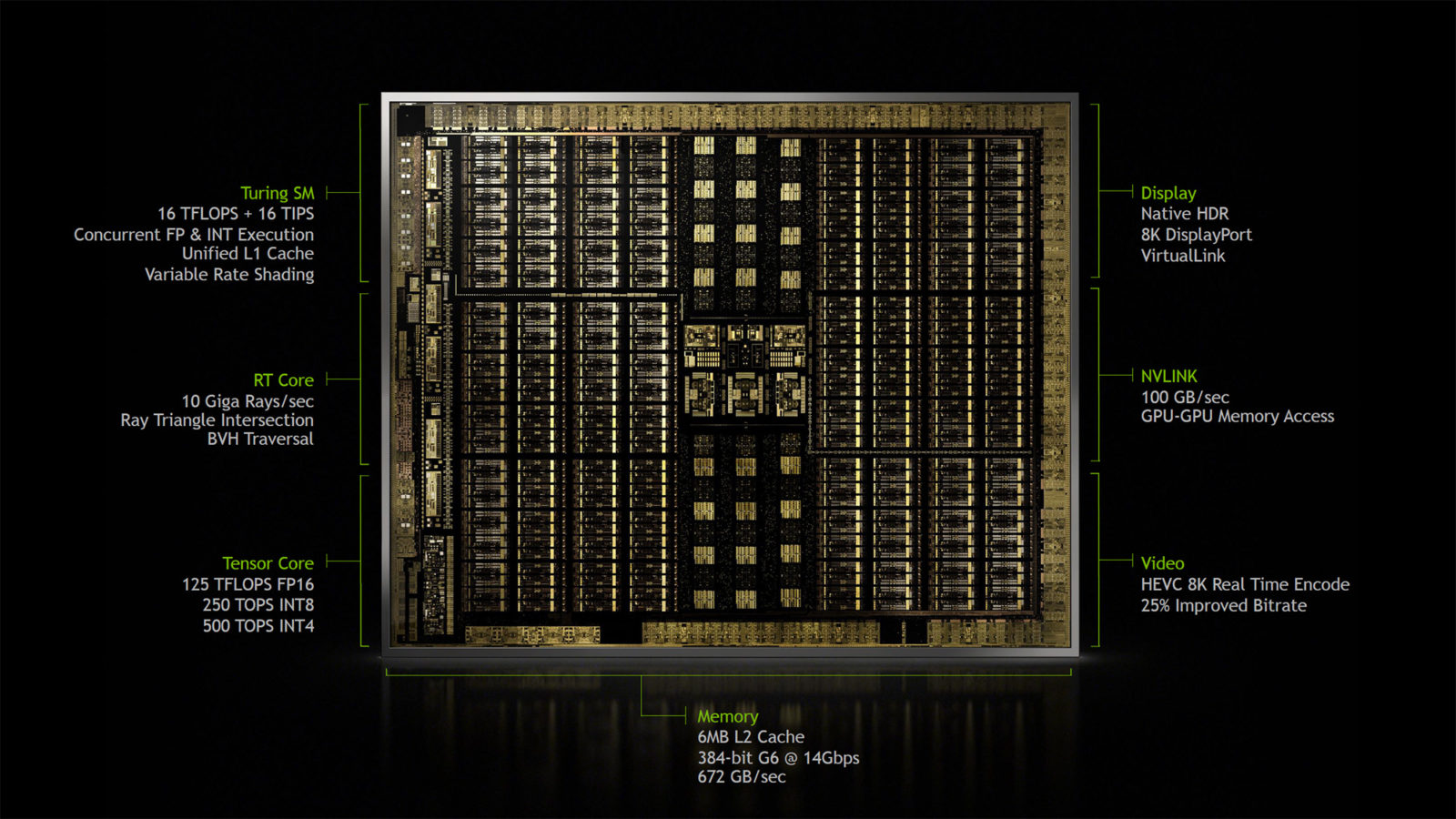 Ray tracing was first introduced with the announcement of the new RTX series. It’s supposed to improve lighting effects and reflections to make them look as close to real life as possible.

Turing is NVIDIA’s biggest advance in a decade – fusing shaders, ray tracing, and deep learning to reinvent the GPU. The introduction of T-Rex puts Turing within reach of millions of the most demanding PC users — developers, scientists and content creators.

Here’s how it compares with the RTX 2080 Ti (Founder’s edition) and Titan V (courtesy of Anandtech).

As seen above, the RTX Titan is based on the same TU102 GPU in the RTX 2080 Ti, however, it hasn’t been cut down in any way and you get to use it to its full potential. 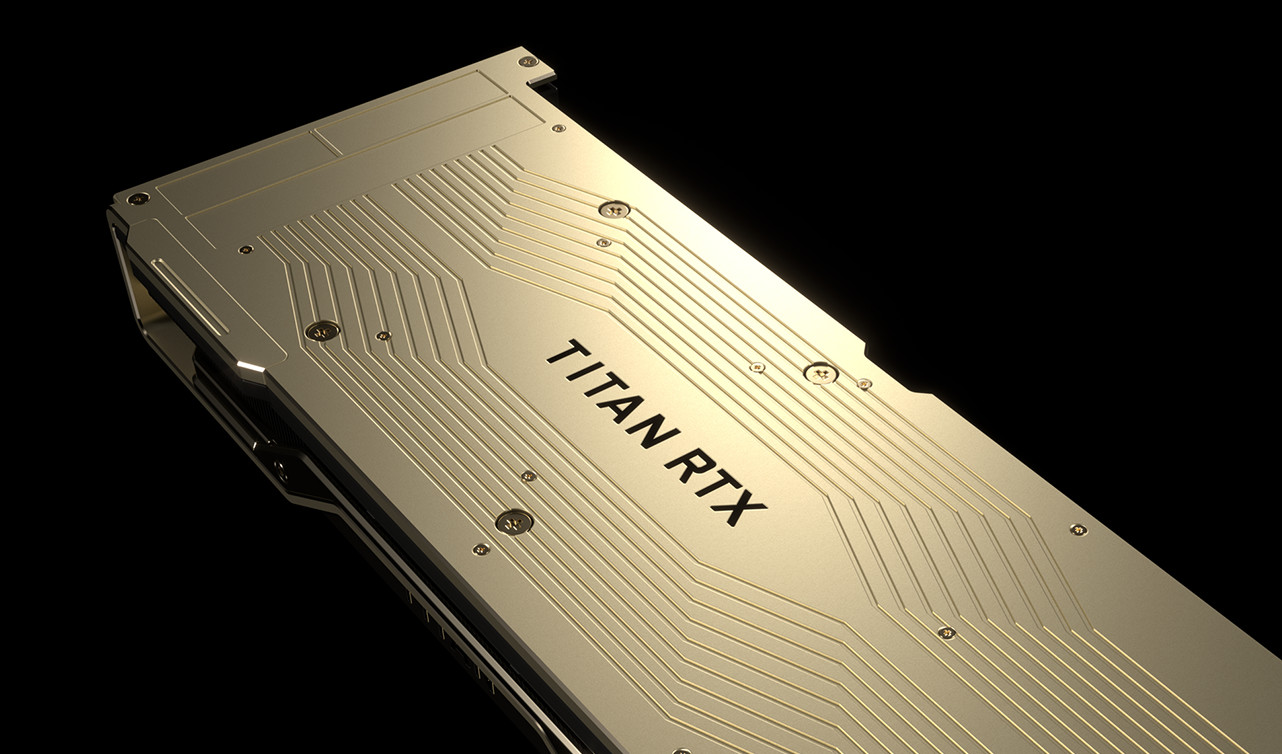 Overall, the Titan offers a 9% higher memory bandwidth and 15% better texturing, compute and shading performance compared to the GTX 1080 Ti.

You won’t be seeing the RTX Titan on high-end gaming PCs though, given the extremely high price. However, it fits the bill for data scientists and AI research, as the card is tailor-made for them.

Watch this space for more on Nvidia.