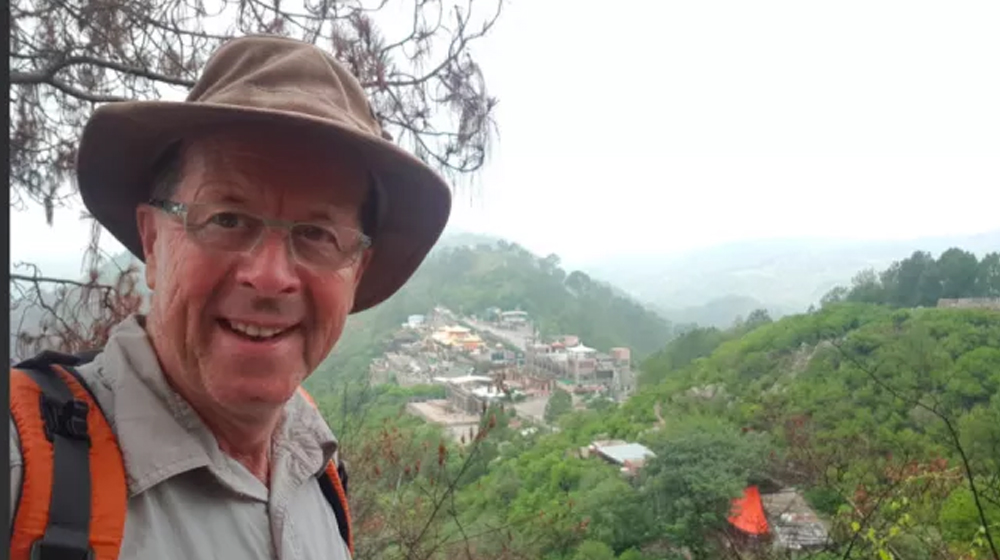 Martin Kobler, the German ambassador, has joined the league of most-adored personalities in Pakistan with his compassionate tweets.

Every now and then, he comes up with new ideas to win the hearts of the Pakistani people. From painting his foxy with truck art and tweeting in Urdu to showing the way to deal with the country’s water crisis and raising questions over development projects, the ambassador has gained a lot of followers on his Twitter handle.

This time, he has come up with safety advice for his followers.

While expressing his liking for riding bikes, he highlights the importance of wearing helmets. After having, what he terms as a ‘near-miss’, he posted this video on his Twitter handle.

Wear helmets on motorbikes!!! Coming back from a ride and had a near-miss myself. Look at what i recorded…. pic.twitter.com/w2f4aA7njj

He says, “There are fifteen thousand people dying on the roads of Pakistan every year and in 80 percent of the car accidents, motorbikes are involved.”

Apart from wearing helmets, he detailed some ‘look-outs’ that one has to follow.

“The first one really, apart from wearing helmets, is always have a look at the intersections, see what the car in front of you is doing. Sometimes, they really change their course and they go in the other direction.”

“Second, if you are driving on a road, the car in front of you might have the idea to change lane and does not see you.”

“Third, Never trust a parking car, because they might open their doors.”

Watching out for the above three rules can save a person’s life.

“If you respect these fundamental rules and wear a helmet, you can save your life and can also prevent life-long health hazards,” says Kobler.

In the video, he also schooled the young people on the ‘safety first’ rule. He says, “I have heard many of the young people don’t wear helmets because they are afraid of their hair. So, go to the hairdresser after the drive, but never forget to wear a helmet even if it spoils your hair.”