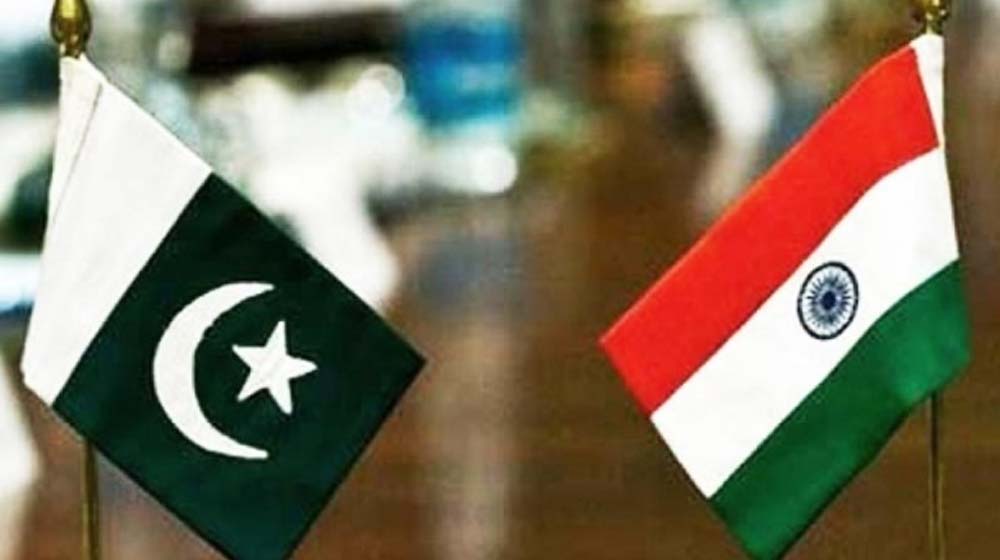 As the recent decision of Pakistan and India to open Kartarpur Corridor for facilitating Sikh pilgrims is set to generate economic activities through religious tourism, a World Bank (WB) report says that the two countries can explore opportunities in various sectors to enhance their bilateral trade 15-fold.

According to the World Bank Group report, at present, formal trade between the two economies is restrained at $2 billion per annum, but it has the potential to go over $30 billion through the formal channels.

The ease of trust deficit, removal of non-tariff bearers and improving political ties could pave the way towards significant improvement in trade relations between the two countries. This will not only shore up the economy of the two countries greatly but it will also push the economies of the region to a new height.

According to the WB report titled “A Glass Half Full: The Promise of Regional Trade in South Asia”, the complex relations between the two largest countries in South Asia, India, and Pakistan have adversely affected India–Pakistan bilateral trade as well as trade within the region.

The two countries account for 88 percent of South Asia’s GDP and 86 percent of its population. India and Pakistan have merely scratched the surface of their bilateral trade potential. Only a fraction of the hydropower potential of the region has been tapped.

The lack of normal bilateral trade relations between the two countries also affects the formation or deepening of regional value chains, such as in textiles, clothing, automobiles and automobile parts.

A key factor leading to suboptimal trade between India and Pakistan is the long list of product restrictions in bilateral trade; this bilateral trade relationship is the most restrictive in South Asia.

Under SAFTA, both countries have reduced tariffs to a maximum of 5 percent. However, India and Pakistan continue to maintain long sensitive lists including items (at the 6-digit level) on which no tariff concessions are granted.

Many of these items are exported from India to Pakistan through third party countries, usually the United Arab Emirates.

Another barrier to bilateral trade is the proliferation of NTMs (Non-Tariff Measures), some of which take the form of nontariff barriers, such as port restrictions. Lahore (Pakistan) and Amritsar (India) are close to the India–Pakistan border and are only 54 kilometers apart via the Attari–Wagah border post (which is an integrated check post on the Indian side), the only trading point despite the long land border between India and Pakistan.

Although geographical proximity should make for low transit costs and times between the states or provinces in northern India and Pakistan, port restrictions offset this advantage. Pakistan allows only 138 items to be imported from India through the Attari–Wagah land route.

Furthermore, cargo trucks from either side cannot move beyond their border zones, which means that goods must be trans-loaded at the border, adding to the time and cost of trading.

The alternative land route between India and Pakistan, by rail, is in a state of deterioration: wagons are unavailable; warehousing is lacking; there is no fixed schedule for the operation of trains, and pilferage is common. Thus, bilateral trade is dominated by trade along the sea route, which is not necessarily the most cost-effective for two countries with a long shared land border.

Trade Potential in The Region

Pakistan and India account for 88 percent of South Asia’s GDP and 86 percent of its population. Bangladesh and Sri Lanka are other notable economies of the region.

The people of South Asia have not enjoyed many of the fruits of geographical and cultural proximity. In several ways, the countries of the region provide less than most-favoured nation’s treatment to their neighbours, and this is not only about India and Pakistan.

Trade volumes are well below potential. Artificial barriers have thwarted the goals of free trade in the region. Inadequate infrastructure and inefficient trade procedures have led to disproportionately high intraregional trade costs, compounded by complex NTMs.

The latest gravity estimates, which have been carried out for this study, suggest that total potential merchandise trade in South Asia may be valued at around US$67 billion, almost three times the current trade value of US$23 billion. Moreover, because South Asia is the most rapidly growing region in the world, the gap between current and potential trade may continue to widen.

Regional tourism could grow much more quickly, as could trade in other services such as education, healthcare, and financial services. Besides, more foreign direct investment (FDI) within the region could help spawn regional and global value chains.