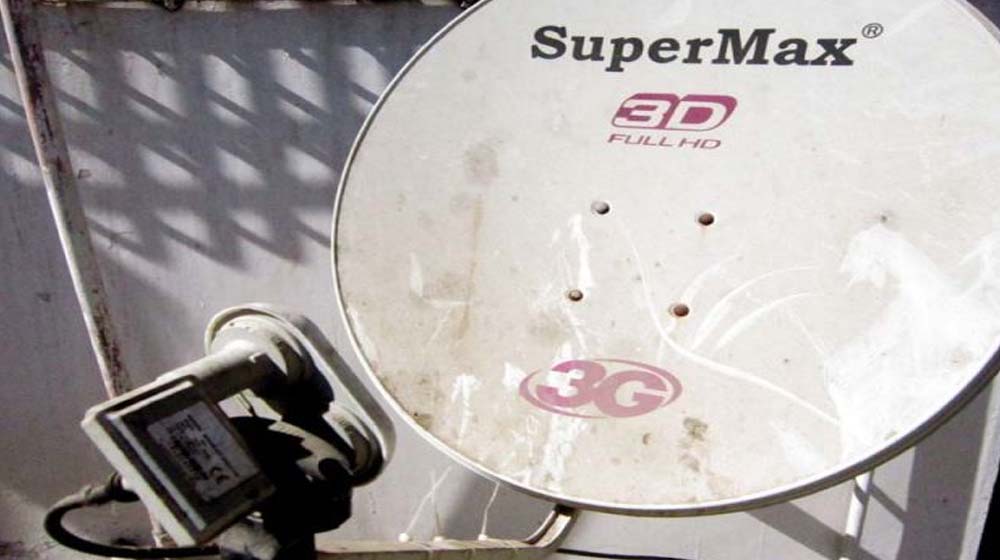 As part of the crackdown, a team led by PEMRA Regional Officer Lahore Senior Inspector, Amir Maqsood Bhatti, and PRO, Mazhar Chohan, conducted operations against the illegal DTH/C Lines in the province.

The action was taken on the direction of Regional General Manager of PEMRA, Ayesha Manzoor Wattoo.  During the operation, 112 remote controls and receivers, 20 LNBs and 105 Satellite dishes were confiscated by the authority’s team.

According to Ayesha Wattoo, no relaxation will be given to those who are found involved in this illegal activity and this operation will continue.

Earlier this year, the regulatory authority launched a crackdown against the illegal DTH services and C Line on the instructions of the Supreme Court of Pakistan.

Most of the illegal Direct-to-Home or DTH services show Hindi-language contents.

Prior to the action, there had been a mushroom growth in such DTH services in Pakistan despite tense Pak-India ties.

Unlike the cable connections, DTH service is a digital platform that relays channels directly to homes from a satellite through small dish antennas.

According to a media report, before the ongoing operation, there were DTH users ranging from 70,000 to 2.5 million with most of them concentrated in Lahore, Islamabad and Karachi.

Apart from the crackdown, PEMRA had planned to award DTH licenses to Pakistani investors to curb the use of illegal Indian DTH services. However, the auction had to be canceled due to managerial issues related to corruption.