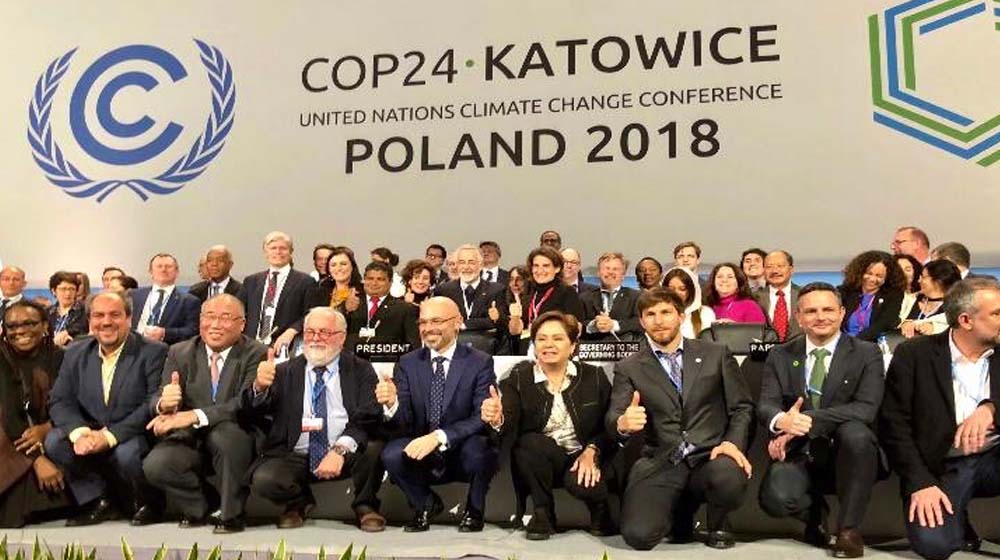 Pakistan has been elected as the Vice President and the Rapporteur of the Conference of Parties (COP) to the United Nations Framework Convention on Climate Change, at COP 24 in Katowice, Poland.

The incumbent government is taking special measures to address the climate change issue and has launched a number of initiatives in this regards.

The measures Pakistan is taking to meet the challenge are being acknowledged at the international level.

As an acknowledgment of the country’s contribution, Pakistan was given the important position of Vice President of the Conference of Parties to the United Nations Framework Convention on Climate Change.

Pakistan was one of the two countries elected to the position from Asia-Pacific Group on December 15, a Foreign Office statement said.

Aslam said that Pakistan’s election to the second highest position at the UN Climate Convention, as well as to the five other bodies related to climate change, is a strong reaffirmation by the international community of both, Pakistan’s strong credentials within the multilateral arena and a strong vote of confidence in Pakistan’s substantial contribution towards international efforts aimed at tackling climate change.

“Pakistan’s election to these important bodies also reflects the acknowledgment among member states of the United Nations about Pakistan’s constructive engagement in this important area as well as its role as an ardent advocate of dialogue and cooperation,” he remarked.

As the Vice-President of COP and a member of these key bodies on climate change, Pakistan will continue to remain actively engaged with the work of the United Nations Framework Convention on Climate Change, especially on the implementation of the Paris Agreement.

Working with other member states, Pakistan will endeavor to make the global response to climate change stronger, equitable and more responsive to the collective climate-related challenges.