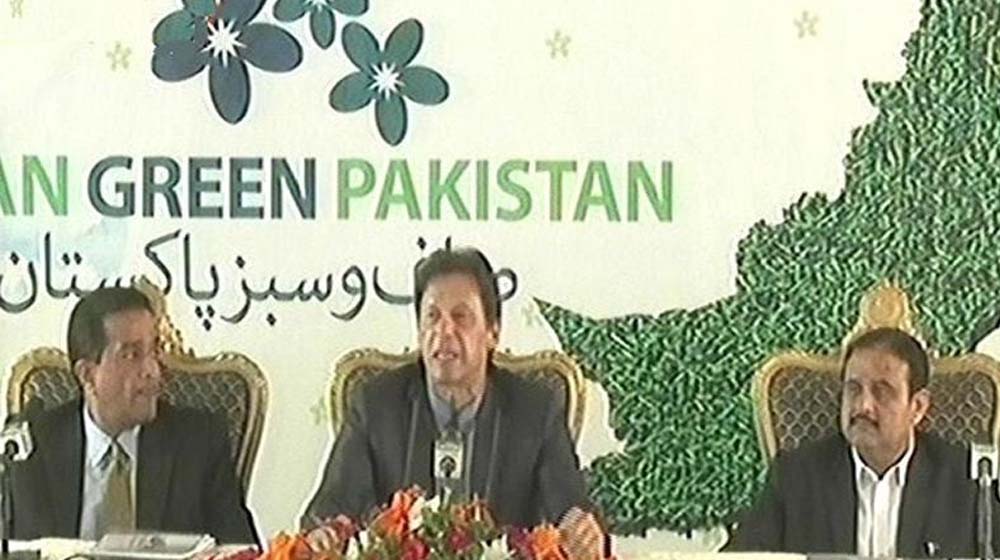 It is very rare in the prevailing political culture of Pakistan that an opposition member praise any initiative taken by the sitting government, no matter how prudent and positive the initiate is.

The very rare thing happened on Thursday when a member of the upper house of the Parliament belonging to Awami National Party (ANP), a bitter rival of the ruling PTI, praised the government for its initiative to control the negative impacts of climate change and global warming.

She said the government has launched a very good initiate of Clean and Green Pakistan, which will have positive climatic and environmental impact.

The appreciation of the government’s steps came during the meeting of Senate’s Standing Committee on Climate Change, which held in Islamabad.

Senator Sitara Ayaz chaired the meeting.  Officials of the Climate Change Ministry briefed the committee about the hazardous impacts of climate change on Pakistan and the government’s measures to address the issue.

Secretary of the Ministry told the panel that Pakistan, like the rest of the word, is feeling the heat of the climatic changes.

During the meeting, a member of the committee, Senator Pervaiz Rasheed, asked the Secretary as to what importance fireflies and butterflies hold for climate and environment.  He observed that as per his information no work has been done to protect and preserve the insects.

The Secretary replied that fireflies, butterflies and other insects played important role in keeping the climate pleasant.  It is unfortunate that the number of butterflies, fireflies and other useful insects is decreasing in the country, he said.

During the meeting, officials of different ministries briefed the committee about various international conventions and agreements.

Secretary Ministry of Climate Change told the committee that Markhoor, lion and Sindhi Ibex are among the endangered species in Pakistan. Trophy hunters from across the world came to Pakistan for hunting and the proceeds received from the hunting goes to government exchequer and the community where the hunting took place.

The top bureaucrat informed the parliamentary panel that the government has set a certain number for trophy hunting of Markhor.

Chairperson of the Committee inquired from the Ministry high-ups as to what measures have been taken to protect Markhor as it is among the endangered species due to excess and illegal hunting.

The officials told the Senators that the population of Markhor had decreased to an alarming level due to illegal and unabated hunting. However, timely actions taken by the government succeeded in protecting Markhor.

Now the population of Markhor is increasing in Pakistan, they said.  Foreign hunters pay almost Rs150 million for per trophy for Markor hunting.

Senator Mushahid Hussain Sayid praised the performance of the Climate Change Ministry. He said that the Ministry officials have performed well in a short span of time.