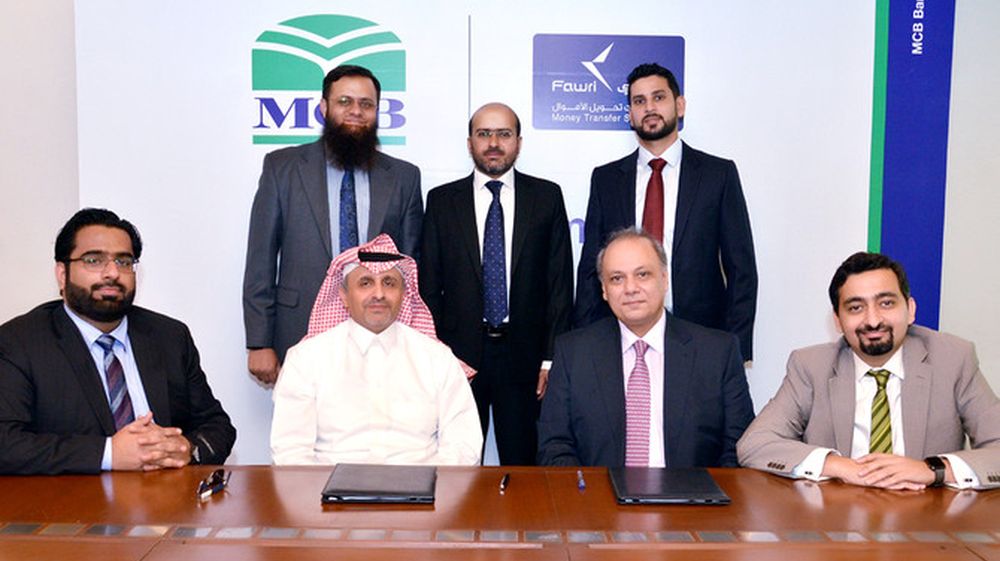 MCB Bank has entered into an agreement with leading Saudi financial institution, Bank Al Jazira (Fawri), for the facilitation of remittances to Pakistan.

MCB, through this strategic partnership, will facilitate overseas Pakistanis in Saudi Arabia to transfer remittances to Pakistan which can be received through more than 1,350 MCB Bank branches nationwide.

Fawri is one of the fastest growing money transfer services in Saudi Arabia, with Pakistan being one of our largest remittance recipient corridors. Fawri is very excited to enter into an arrangement with MCB Bank Pakistan and together both organizations will work together to make the remittance process streamlined at both the sender’s and receiver’s end.

MCB Bank is renowned for its customer-centric approach and makes every possible effort to exceed customer expectations through superior services and solutions. This new partnership with Bank Al Jazira, through their dedicated remittances division Fawri, will allow us to further diversify and expand our remittance services to the Pakistani community in the Middle East.

This further strengthens MCB’s commitment towards inclusive banking and channeling of remittances through the formal banking network.