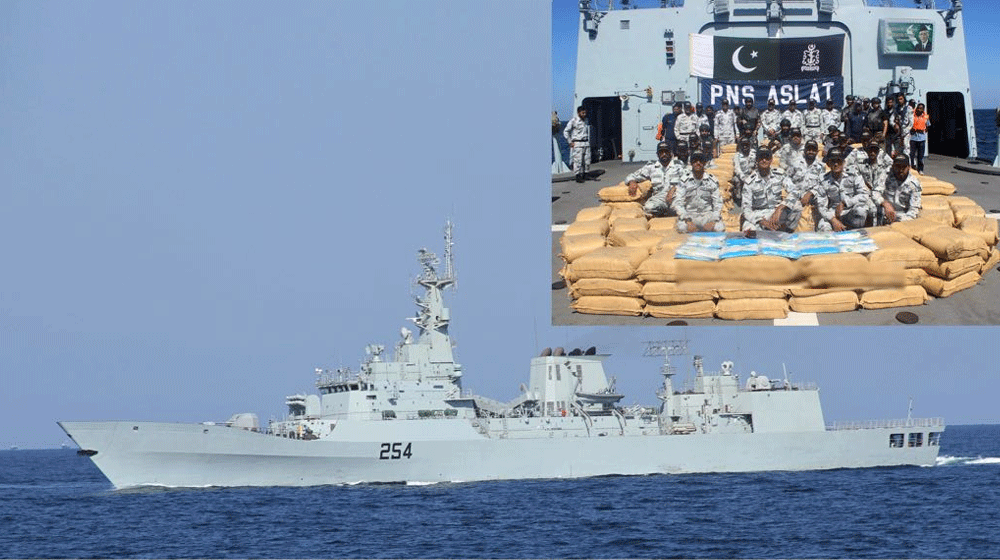 The Navy spokesperson said that some 2000 kg of hashish was recovered during the raid conducted on an intelligence tip-off.

There were intelligence reports that a massive cache of narcotics was being transported via sea. The navy acted timely and foiled the bid, he said.

“The operation was executed with meticulous planning, constant surveillance and obtaining precise intelligence, which demonstrates Pakistan navy’s resolve to prevent any unlawful activities taking place along our coast and adjacent sea areas,” the spokesperson said.

The seized drug cache was handed over to the anti-narcotics department to be destroyed.

This was Pakistan Navy’s second successful operation against drug trafficking in a week. Earlier, on Saturday, Pakistan coast guards recovered 108 kg of drugs from a passenger bus during a routine investigation near the Hub city of Balochistan.