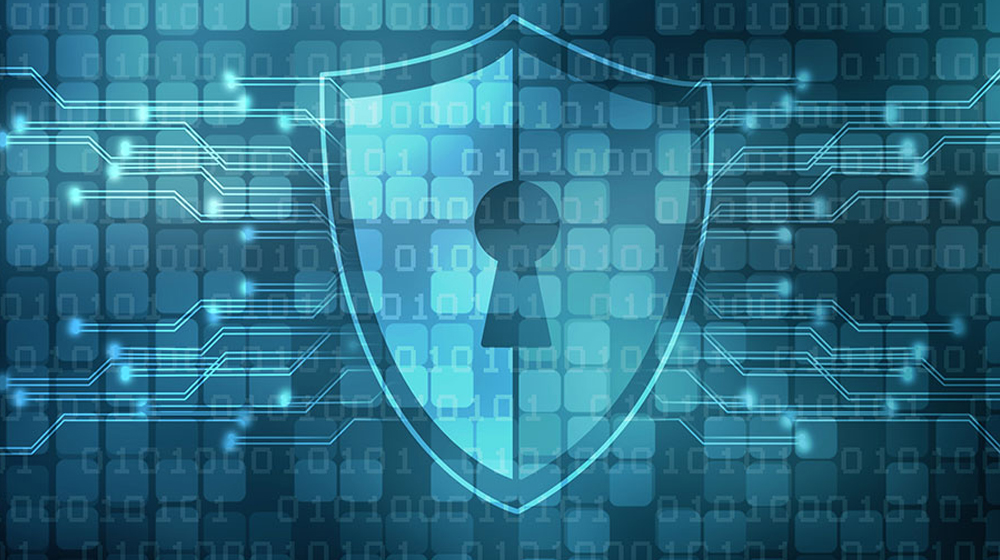 The entire global community is vulnerable to cyber-attacks. However, some countries are doing better in terms of cybersecurity than others.

Unfortunately, Pakistan lags behind in terms of cybersecurity, so much so that it’s included in the bottom 10 according to a report. A recent study conducted by Comparitech has revealed that Pakistan ranks 7th among the countries having the worst cybersecurity.

The study has gathered data from different sources including Kaspersky, the Global Strategies Index, and the Global Security Index (ITU). 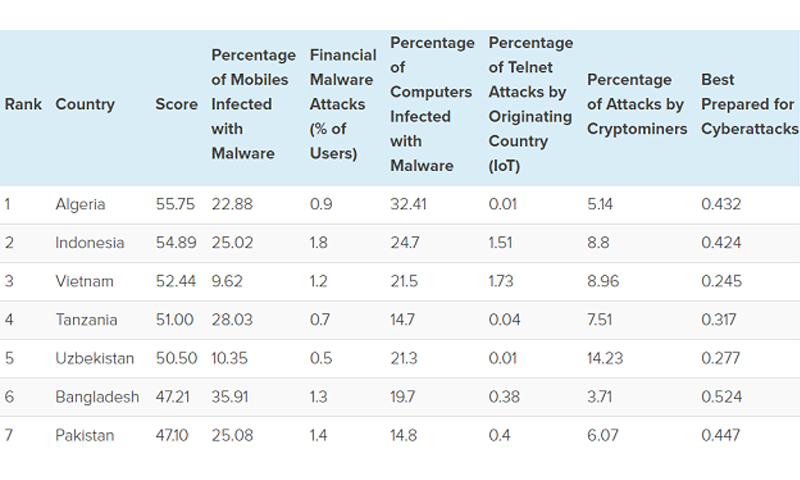 Japan (60) has been ranked as the most secure country for all indicators. Pakistan’s neighbors India and Bangladesh are ranked at 14 and 6 respectively. 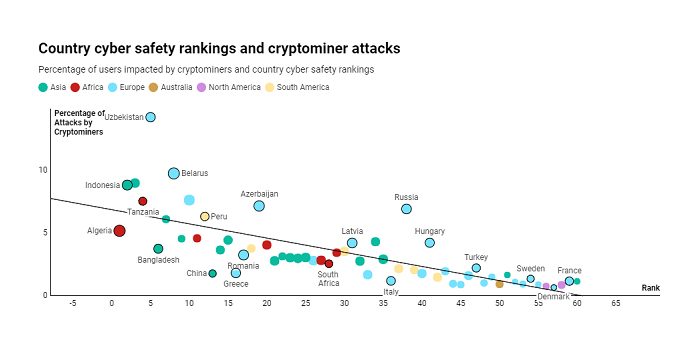 Algeria was ranked the worst country in terms of cybersecurity followed by Vietnam and Indonesia.

Only a few months ago, Pakistan’s banking system faced a major cyber-attack which cost us nearly Rs.2.6 million. It raised alarm among the masses, with a number of banks suspending their international payment schemes on their debit and credit cards to avoid fraud.

You can read more in the report here.