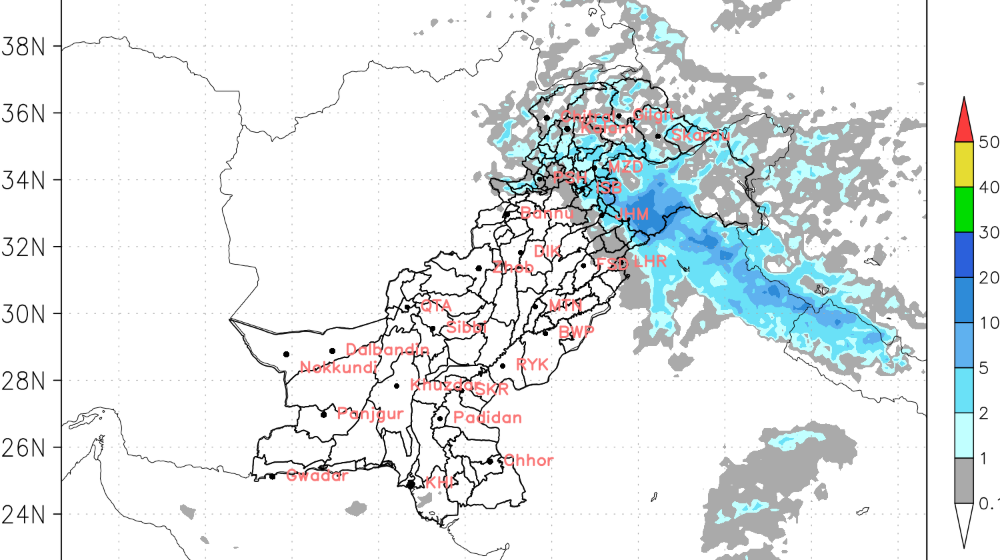 February has already seen a couple of rain spells and the westerly wave affecting the upper parts of the country is likely to persist, according to Pakistan Meteorology Department (PMD).

More widespread rain (and snowfall over hills) is expected on Thursday (today) in Kashmir and Gilgit-Baltistan, while at scattered places in Malakand, Hazara, Mardan, Rawalpindi, Gujranwala, and Lahore divisions. 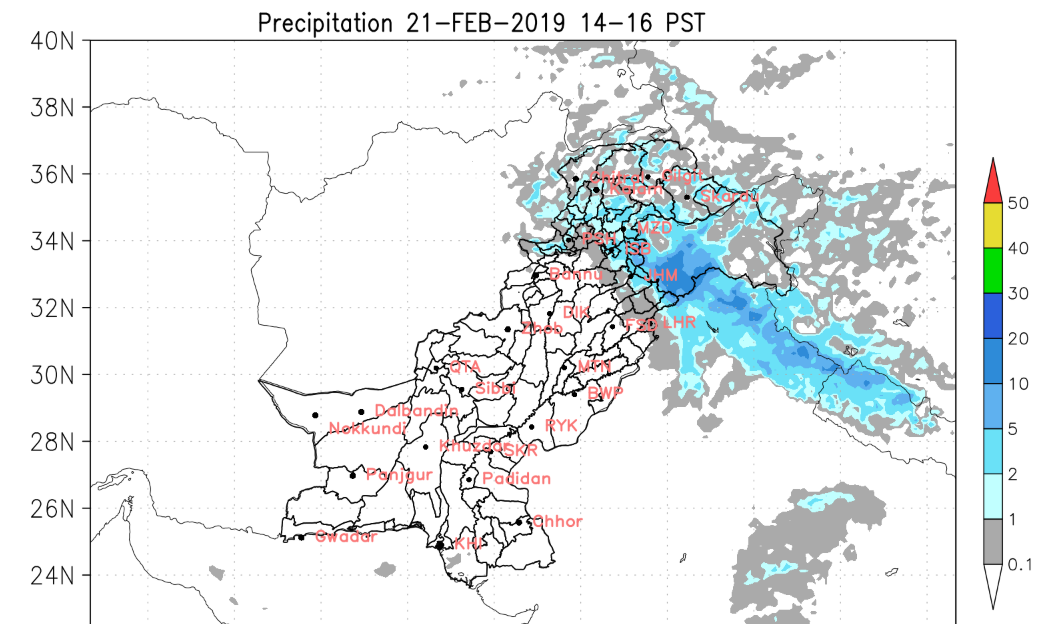 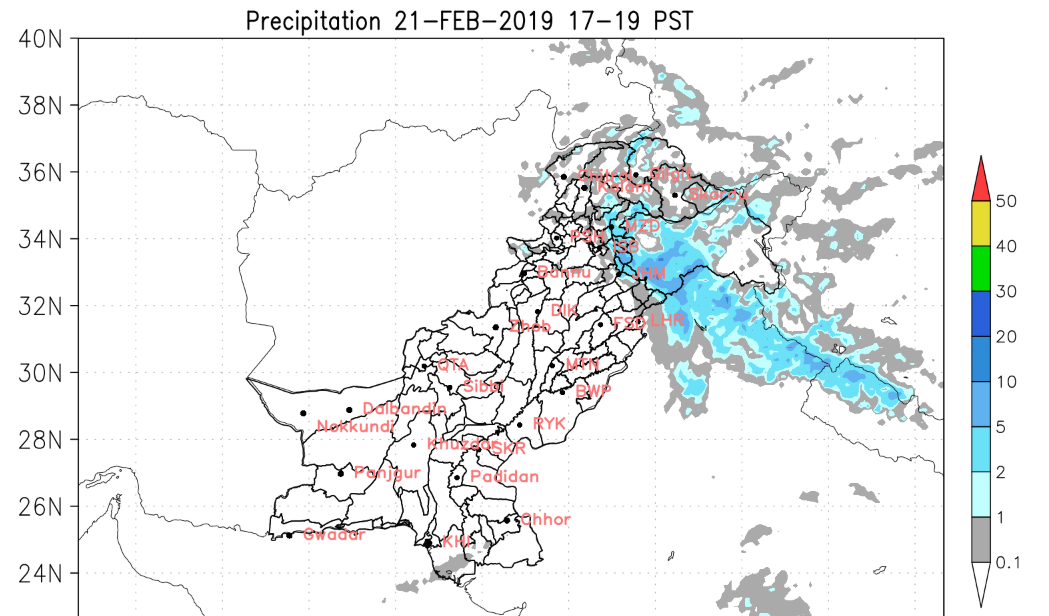 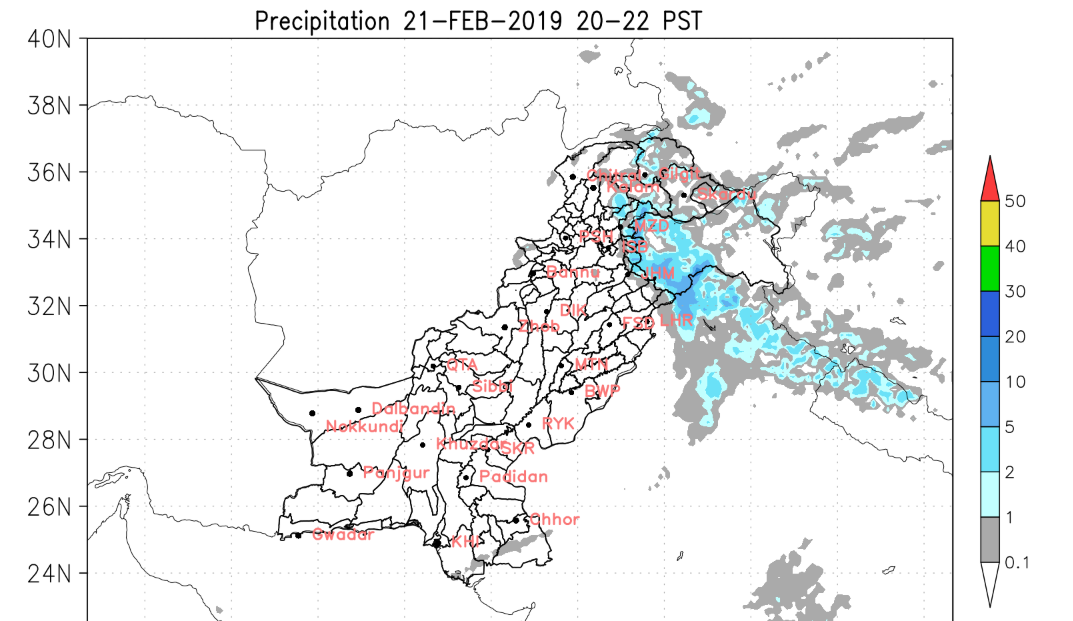 The clouds are likely to clear out on Friday in most parts of the country, however, more rain is expected in Kashmir and Gilgit-Baltistan. 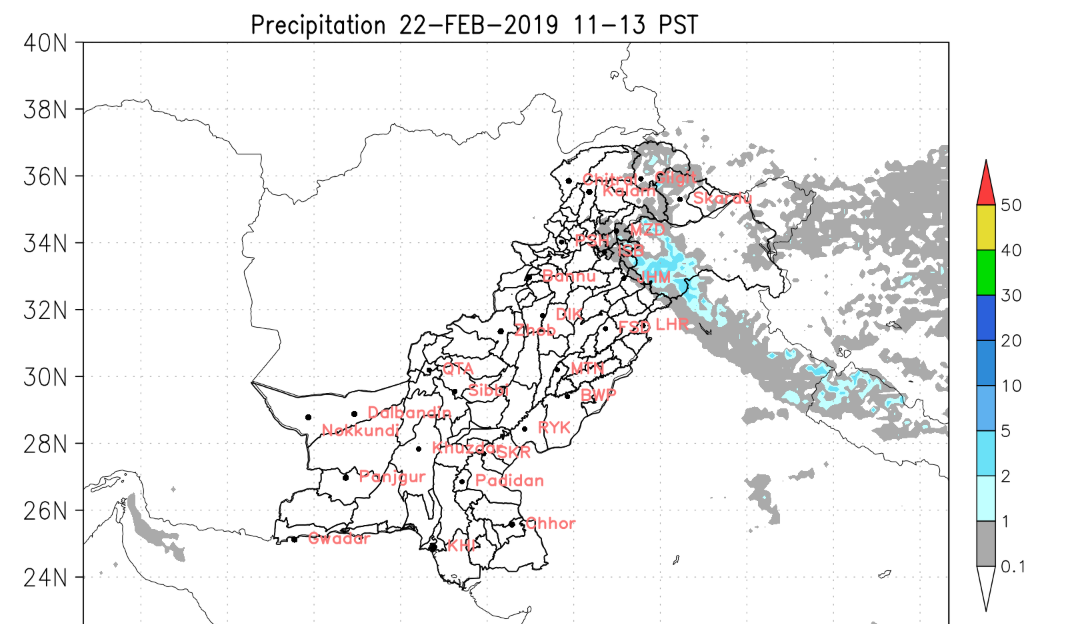 Kalam received a massive 17 inches of snowfall in the past 24 hours. Parachinar is expected to experience the lowest temperature today at -06°C.

Images and figures via PMD.