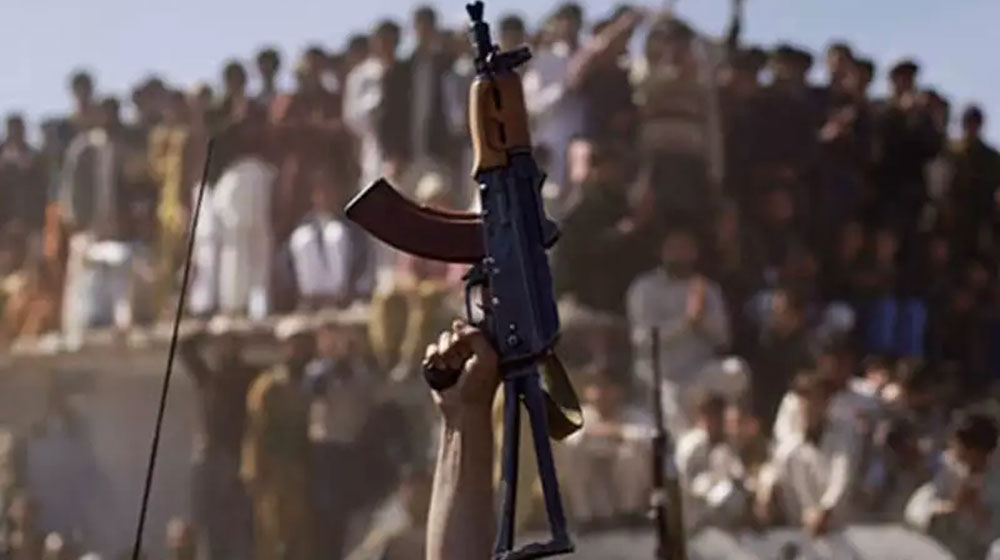 Thousands of brave tribesmen from different walks of life have registered themselves as volunteers to fight on the border in case India wages war.

A registration camp was established in Landikotal Bazar where at least 3,000 tribal people registered voluntarily.

Shakir Afridi, the organizer of the camp, told a local media outlet that it was the tribesmen’s own decision to give their names as war volunteers.

According to tribal people, their forefather fought against India in the past and now it is their turn to lay their lives in defense of the beloved homeland.

He said the tribal people in the Khyber’s tribal district were fully prepared to defend their homeland and fight against India.

Shakir said that the main reason for the volunteer registration camp was to show solidarity with the armed forces and that the tribesmen will fight side by side against India if needed.

Meanwhile, solidarity rallies were staged at Torkham border and in Landikotal Bazaar in which tribal leaders and Levies personnel took part.

The participants of the rally celebrated the shooting down of Indian warplane and chanted slogans in favor of the forces. Sweets were also distributed in the area.