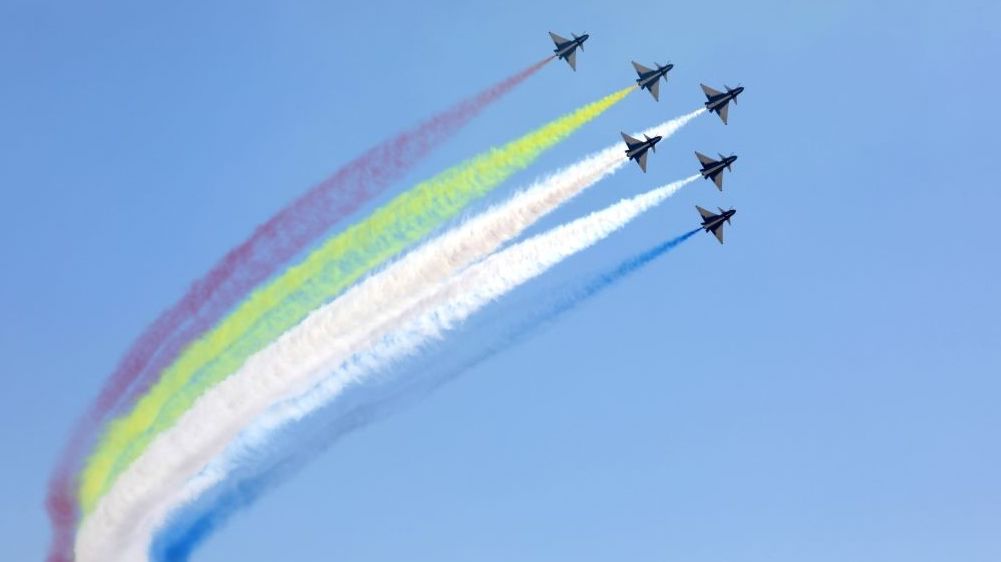 The Ba Yi (or August 1st) Aerobatics Team has arrived in Pakistan with its J-10 fighter jets to participate in Pakistan Day’s Parade to be held on 23rd March.

Chinese pilots were given a warm welcome in Pakistan according to CCT (China Central Television). The team has performed before in Pakistan with its J10 fighters in Quetta on 20th November, 2017.

J-10 is a lightweight multi-role aircraft indigenously developed by Chengdu. Canard design and modern thrust vectoring system makes J-10 almost as maneuverable as SU-35. With these features, J-10 can put a spectacular display of aerobatics.

In the wake of recent military escalation with India, Islamabad is relying heavily on Beijing for its diplomatic and military support.

Pakistan is the largest importer of Chinese arms and military equipment (42% of China’s total military export). The advanced JF-17 Thunder block 3 fighter jet is currently under Joint development between the two countries. Pakistan Navy has also signed deals with People’s Liberation Army for the purchase of frigates and warships.

Beijing, on the other hand, has invested heavily in CPEC as a part of China’s Belt and Road initiative. Pakistan and China have been conducting joint military exercises as well in recent years.

Pakistan has also invited squads from Azerbaijan and Saudi Arabia to participate at the National day event. Turkish F-16 and paratroopers from Azerbaijan, Bahrain, Saudi Arabia and Sri Lankan armed forces will also perform. Malaysian PM Mahatir Muhammad will be the guest of honor for the event.