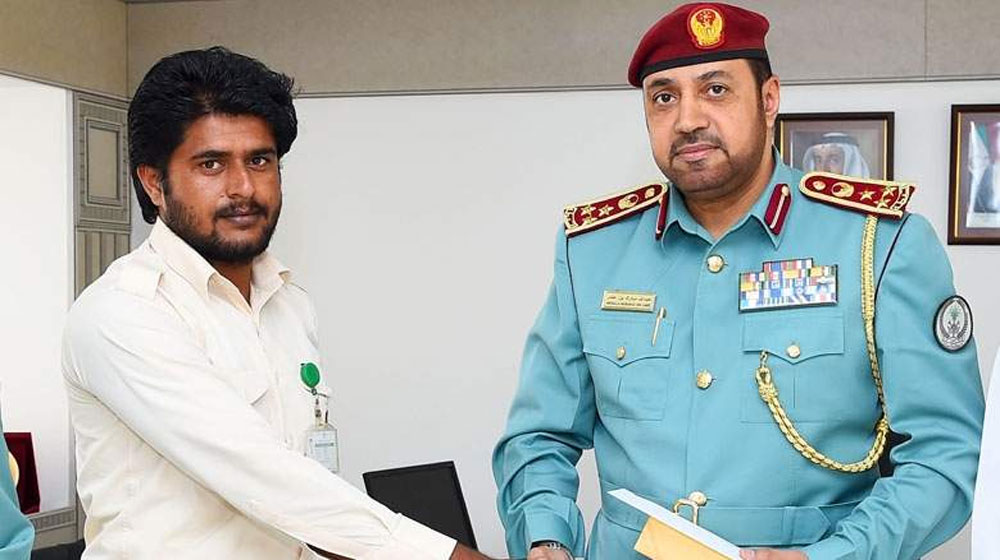 The United Arab Emirates Police (UAE) police have honored a Pakistani expatriate for his act of bravery.

Sharjah police released a statement on Tuesday informing that a Pakistani man, Muzaffar Hussain Nathar, has been honored for helping the police arrest a wanted criminal.

The police also posted a picture of the brave man on social media. He can be seen receiving a certificate from Deputy General Commander of Sharjah Police, Brigadier Abdullah Mubarak Bin Amir.

According to the police statement, Muzaffar followed a wanted robber and informed the police about his location. He then kept an eye on the robber until the police came and arrested him.