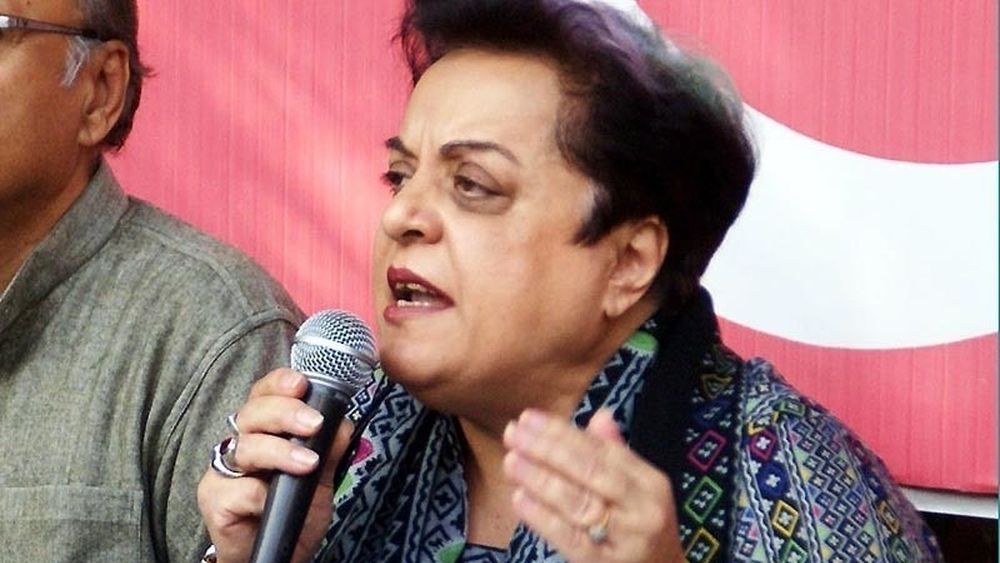 The United States Ambassador to Afghanistan, John R. Bass, took to Twitter to reply to Imran Khan’s statement on Afghanistan suggesting that an interim government can lead to a smooth peace process.

Khan’s remarks did not sit well with the Afghanistan officials as well as US diplomats as John Bass labeled his remarks as ‘ball-tampering with the peace process’.

Some aspects of #cricket apply well in diplomacy, some do not. @ImranKhanPTI, important to resist temptation to ball-tamper with the #Afghanistan peace process and its internal affairs. #AfgPeace

Here’s what she said:

Clearly you little pygmy your knowledge of ball tampering is as void as your understanding of Afghanistan and the region! Clearly in your case ignorance is certainly not bliss! Another sign of Trumpian mischief a la Khalilzad style! https://t.co/ZOySvWJNDq

The Federal Minister reiterated Imran Khan’s role in the peace process, saying he helped where Trump and co. couldn’t. She knows how to school someone like John Bass, doesn’t she? However, she did go overboard by name-calling the ambassador as a “little pygmy”; something you would never expect from a government official let alone a minister for human rights.

U cld do with a few lessons in diplomacy – or do u feel u can insult Pakistan and it's leader and we will keep silent? Get real! U are nowhere with the peace process without support from PMIK and our govt. So get a reality check. https://t.co/QryQi0RmBM

Other Pakistani politicians and analysts weighed in as well.

Asad Umar’s response was clear and appropriate though.

Your tweet shows you understand neither cricket nor diplomacy. With the afghan peace process at such a critical juncture hope the US will be able to find better diplomatic skills to deal with the delicate issues at hand. https://t.co/9iYWfOF92U

I am outraged and appalled by the disrespectful remarks made directly by @USAmbKabul to our current leader @ImranKhanPTI. Besides being careless and undiplomatic, his words do great damage to the ties we, in Pakistan, are trying to build with our Afghan neighbors.

How can anyone from the Trump administration lecture Khan on the peace process?

Meray munnay, your forces have been in that country for two decades. You don't really get to lecture anyone on peace. https://t.co/KpnpBgHvRU

Time for the diplomat to read some history books.

The US talking about the "internal affairs" of another country is laughable. Does the Ambassador need to be reminded of US meddling in Chile, Vietnam, Nicaragua, Iran, Iraq… the list is long and Twitter characters are limited. Perhaps Mr. Bass ought to pick up a history book. https://t.co/xAsXPtZFVe

Who’s ball-tampering in South Asia, the Middle East and beyond?

If khalilzad negotiating with the taliban isn't interference in internal matters of Afghanistan, then neither is Imran khan remarks regarding interim government. Its important that Washington resists temptation to ball-tamper with the South Asia's peace & salvage a little dignity

…excuse me? U travel half way around the world, over throw Govts, kill hundreds of thousands anywhere because???
There have been many a good Ambassador of the US! Sadly, you’ll never make that list with this attitude.

He needs to learn some manners.

You don’t get to talk about the Prime Minister of Pakistan like that.

You don’t even have an experienced cricket team yet you tamper with half the world. Maybe that is why you mess up every time?