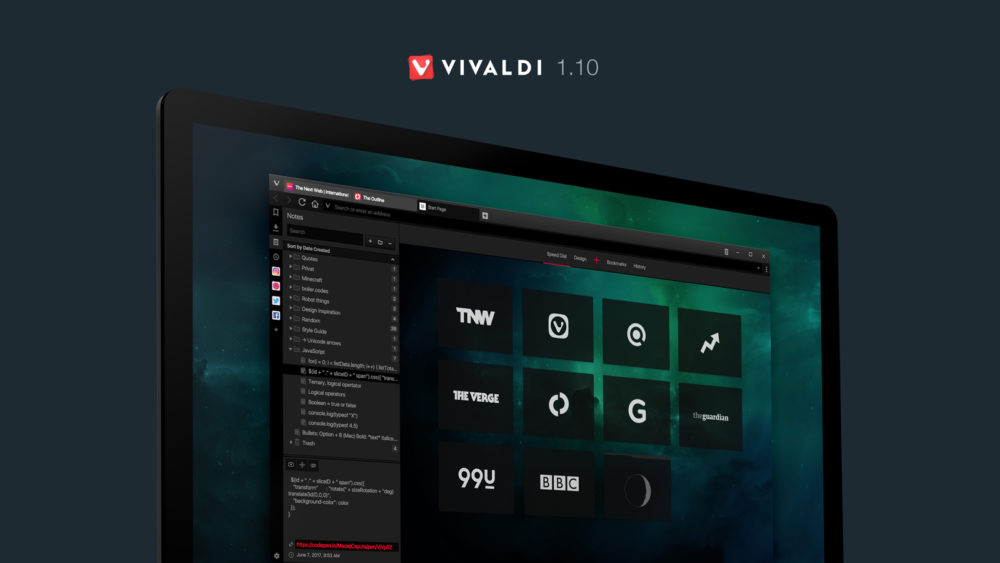 Vivaldi, with its slogan, “the browser that puts you in control” is going to launch its mobile browser this year. Currently, the desktop Vivaldi browser has 1.2 million users and it makes $1 per user per year. To break even, all it needs is a mere 3 to 5 million users.

Based on Google’s open source foundation, this browser gives the user all the control. From managing the aesthetics to letting you move icons around the interface everything can be done by the user.

Vivaldi is made to adapt to the needs of everyone whether they’re old or disabled. They personally keep in touch with disabled people to help develop features that would be useful to them.

In an interview with CNET, the founder of Vivaldi Jon Von Tetzchner said the mobile browser is due this year and it is getting a lot of attention at the moment, so it might just dominate the browser market.

Along with the mobile browser, a mail app will also be released. He is personally using both the applications but he says that they need certain changes for more stability.

The first version will not have everything that Vivaldi browser promises since the mobile browser has its limitations. However, with updates and improvements, it will reach the customization level that it normally has on the desktop, he said.

However, one thing we find odd is that there will be no native ad blocker. According to Jon Von Tetzchner, “when we try to block things, we would break things and then the users would be unhappy”, hence, according to him, for third-party access, there should be regulations on the government level rather than pressurizing applications to directly block unwanted ads.

Ad blocking is a complex matter for us. We should give the users what they want. At the same time, the internet is built on free content, and you lose some of that if you take away the ads. Thus, we are not providing an ad blocker ourselves, but users can download extensions.

They are working with Duck Duck Go and Bing as search engines at the moment.