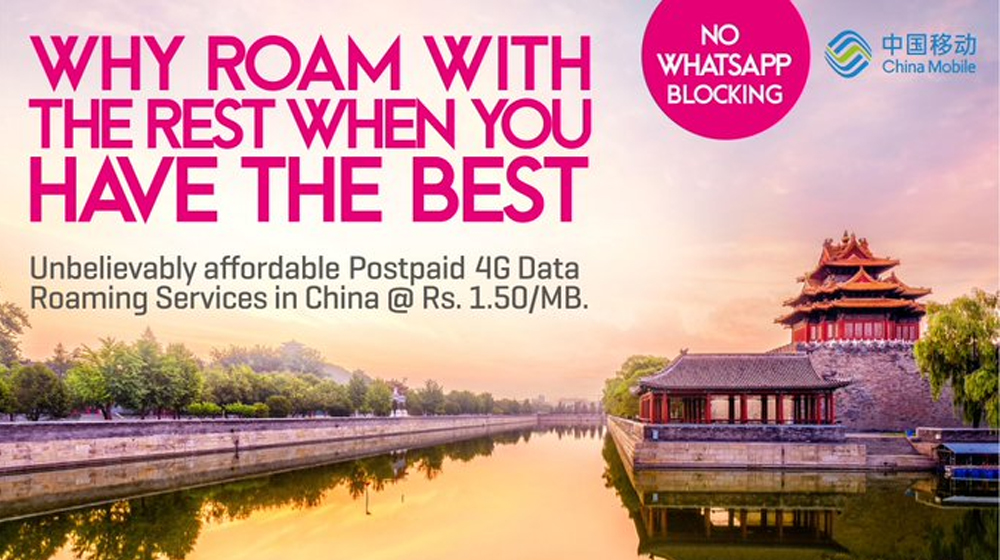 With Zong international roaming, you can use WhatsApp in China and that too with affordable rates and good speed.

The rate of 4G data roaming is only Rs.1.50 per MB. The roaming rates of China include Rs. 25 for incoming and outgoing (local) calls. The same rate applies to the outgoing texts and outgoing calls.

A few days ago, the company had announced that it expanded its network coverage, introducing 4G international roaming for its subscribers across 20 countries. That makes it the largest Pakistani 4G cellular network providing services both nationally and internationally.

And now, the network is offering 4G data roaming in China with no WhatsApp blocking. The rate is also quite affordable. Usually Whatsapp and other non-Chinese social media apps and search networks are blocked in China and accessing them is a hassle for anyone visiting China.

Being able to use WhatsApp in China is quite a luxury, as the country has banned WhatsApp since 2017. And anyone who does use Mobile data in China has to pay heavy charges to access the web while roaming internationally.

Zong has solved both problems with a single offer. Anyone visiting China can continue to access Whatsapp at affordable rates.

People who have been to China know how frustrating it can get without having the instant messaging app to talk to one’s family or contacts back home.