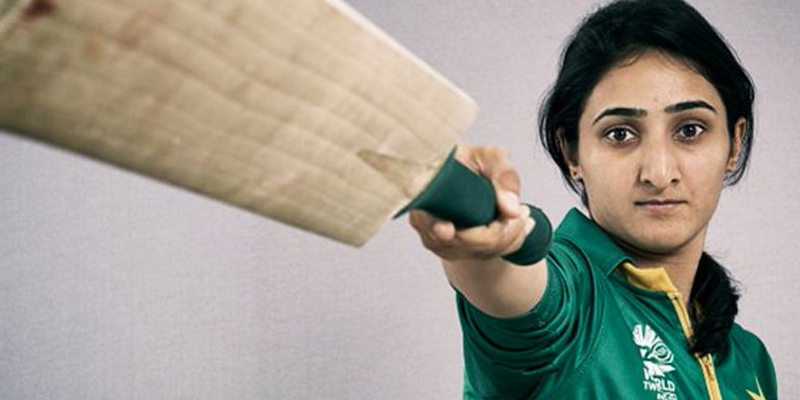 Pakistan Women’s team captain, Bismah Maroof, is confident of her team’s preparations ahead of their tour of South Africa, which will include three ICC Women’s Championship one-day internationals and five T20Is.

In their last ODI assignment, Pakistan surprised the world by securing their maiden series win against West Indies, securing a 2-1 lead and crucial points on the ICC Women’s Championship points table.

They will look to build on that when they take on South Africa, and captain Maroof is of the opinion that her side is well-equipped to put up a strong challenge.

We’re very confident as a team, and we’re aware that it’s going to be a very challenging tour in South Africa. We had a two-week camp and we’ve prepared very well. We know we’ll be faced with a lot of short bowling there but we’ve prepared well and we’re going there a week in advance. We’ll get to prepare there as well. Hopefully, it will be a very good series for us.

Both teams are matched rather evenly on the ICC Women’s Championship points table at the moment with South Africa (13 points) only one point ahead of Pakistan. Maroof feels their positions on the points table will add a competitive element to the series.

Both South Africa and Pakistan are going to fight hard for the ICC Women’s Championship points. If we can put runs on the board, our bowling side will be helped. They have always been very good. (South Africa) currently have a one-point advantage over us, which we can overcome by winning the series. Both teams are evenly matched and the points table situation will make the series even more exciting.

In the series against West Indies, youngsters like Sidra Ameen, Nashra Sandhu and Diana Baig performed exceptionally well, which went a long way in determining the fate of the series. Pakistan will miss out on the services of Baig this series, but will hope that other youngsters continue shining.

As seniors we know what our roles are, but the best thing is that youngsters are responding well too. In the last series Diana and Sidra Ameen supported us very well. Unfortunately, we don’t have Diana this time. But it’s a good opportunity for other youngsters, and it’s important that they grab it.