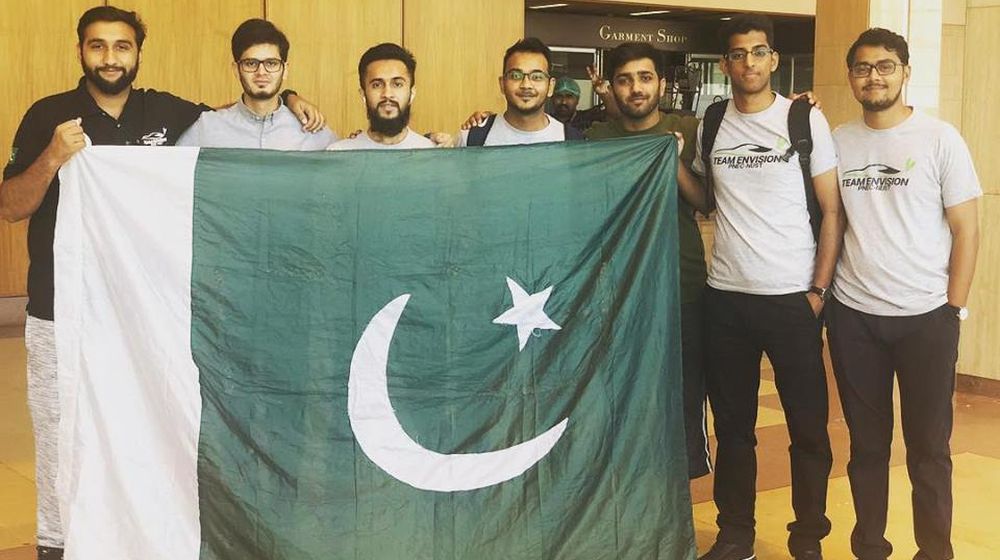 A team of Pakistani students has managed to build a device that increases the fuel efficiency of electric and hybrid cars significantly.

The team, hailing from NUST, was participating in the Shell Eco-Marathon event which took place in Kuala Lumpur Malaysia.

The highlight of the event, titled ‘Make the Future Live Malaysia 2019’, for Pakistan was an eco-friendly device which increases the fuel efficiency of electric and hybrid cars by 60%.

Developed by students from NUST, the device ‘Wheizo’ comprises of 150 piezoelectric transducers, one each in 4 strips and it is fitted inside the wheels. It increases the mileage of hybrid cars from 40 km/l to 65 km/l on one full charge.

The device has won multiple accolades as it is listed among the top 3 innovations at the event, which offers prize money of $3,000. The team has qualified for the innovation award as well.

With over 100 teams from 18 Asian countries participating in the event, the award speaks volumes about the talents possessed by Pakistan’s young minds.

The car racing event is scheduled on Tuesday (today), which is the main event of the Shell Eco-Marathon. The winner is decided based on which car crosses the finish line using the least amount of fuel consumption within the stipulated time.

Another team from Air University has developed a cheaper ‘Joule Meter’, which is essentially a device that monitors fuel consumption in a car.

Talha Naseer Ahmed, a third-year student at the university says:

It helps tell drivers how to efficiently use the fuel in electric cars. We have made it at almost one-third of the cost at which they are available in the markets.

The young students are making a name for not just themselves but for their country at the prestigious event.