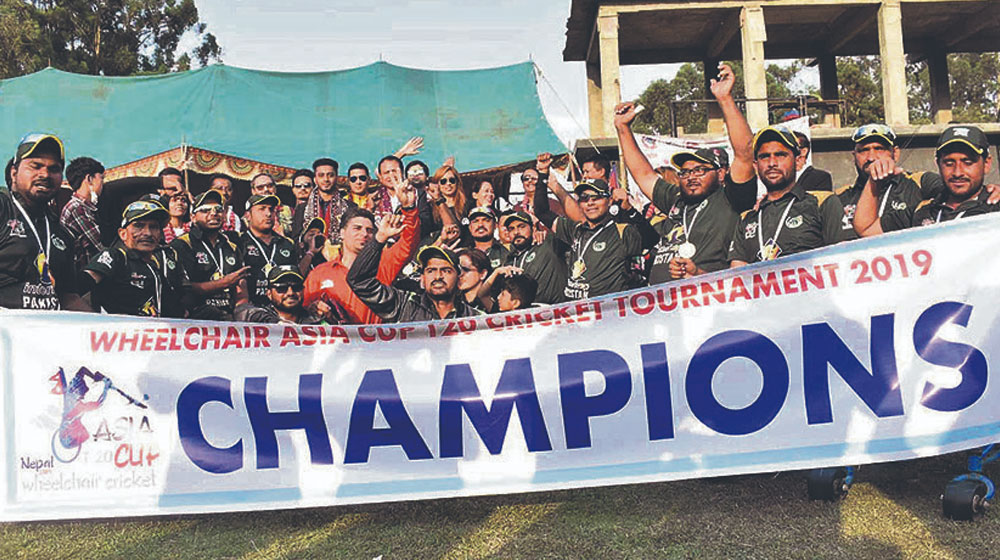 Pakistan Wheelchair Cricket Team has lifted the Wheelchair T20 Asia Cup after thumping arch-rival Indian side in the final.

India, while batting first, mounted a massive total of 211/2 in the allotted 20 overs. Pakistan hunted down the target with five wickets in hand.

Pakistani opener Mohammad Latif sailed his team over the victory line with an unbeaten hundred. He scored a brilliant 152 runs off 62 balls and was picked Man of the match for his remarkable innings.

The event was organized in Nepal with the final played at the TU stadium of Kathmandu. Four teams including Pakistan, India, Bangladesh and Nepal competed in the tournament.

Pakistan advanced to the finals beating the hosts by a huge margin of 130 runs while India remained unbeaten in the league round with six points, squashing Bangladesh by 30 runs in the last match. Pakistan stood second with four points.

Nepal and Bangladesh were eliminated from the group stage. Bangladesh earned a win (over Nepal), but Nepal lost all three matches.