It’s surprising how it took this long to introduce such a simple feature.

Dark Mode has become the new rage for smartphone users and its spreading rapidly. Both Android and iOS are getting system-wide dark themes. Popular apps like Facebook Messenger and Google Chrome have already introduced it and WhatsApp is working on the feature as well.

The latest one to get the dark mode treatment is Gmail for Android. It is still a work in progress though and is randomly showing up for people running the latest version of the app. The new mode activates sporadically and is only seen in Settings, while the main Inbox page and the side menu continue to remain white. 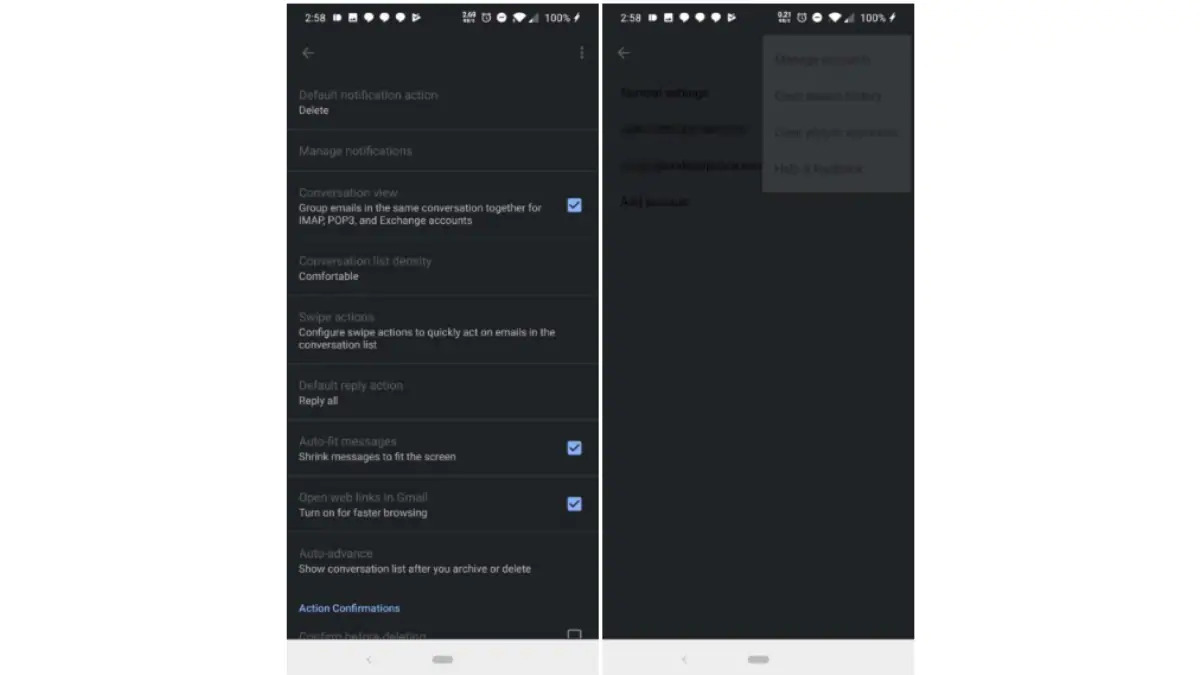 The screenshots above show what we’re seeing on Gmail v2019.06.09. The dark mode doesn’t have a toggle yet and comes on and off on its own when it wants to. Since the dark mode isn’t active everywhere, it may still be a while before it’s officially launched. Nevertheless, short glimpses like this give us faith that it is indeed coming.

While the new version is rolling out to some users via Google Play, you can sideload the Gmail v2019.06.09 APK via APK Mirror to catch a glimpse of Dark Mode yourself.