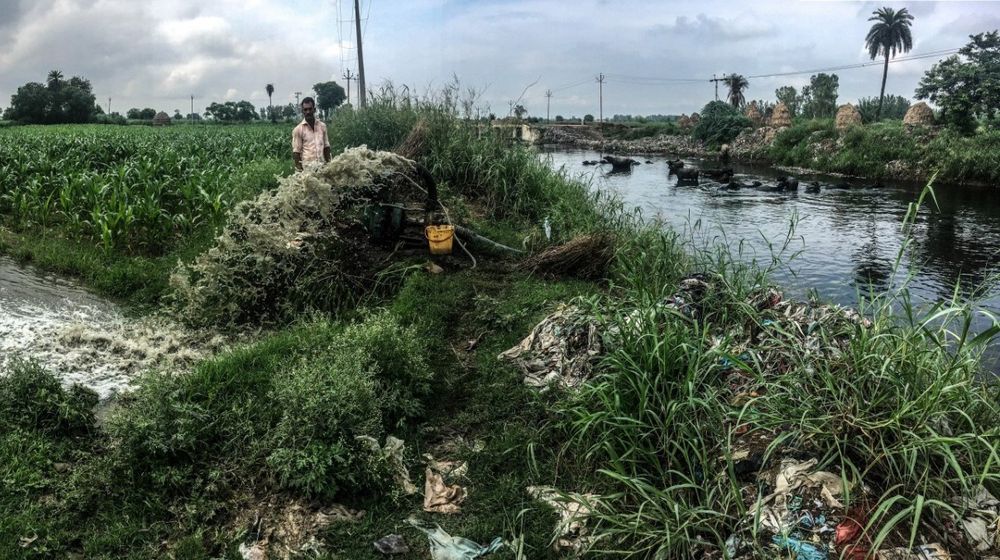 Illegal crops over hundreds of acres next to the highly polluted Malir River is yielding toxic vegetables for the residents of Karachi.

The food crops near the river are not only affected by untreated industrial waste but, they’re also obstructing the 36-inch diameter of the main sewerage carrier channel, according to the Karachi Water and Sewerage Board (KWSB).

Assorted groups of farmers are carrying out agricultural activities on scattered pieces of land at the bed of the Malir River, which is obstructing the 36-inch diameter of the main sewerage carrier channel.

The illegal cultivation is causing a blockage in the disposal of waste which can affect numerous colonies in the surrounding areas. Asadullah Khan termed the practice as a grave health risk for the residents.

A land-utilization official confirmed the practice of cultivation using sewage water, adding that a raid is expected by the district administration in the coming days.

In the meantime, you should avoid buying vegetables in the surrounding areas.