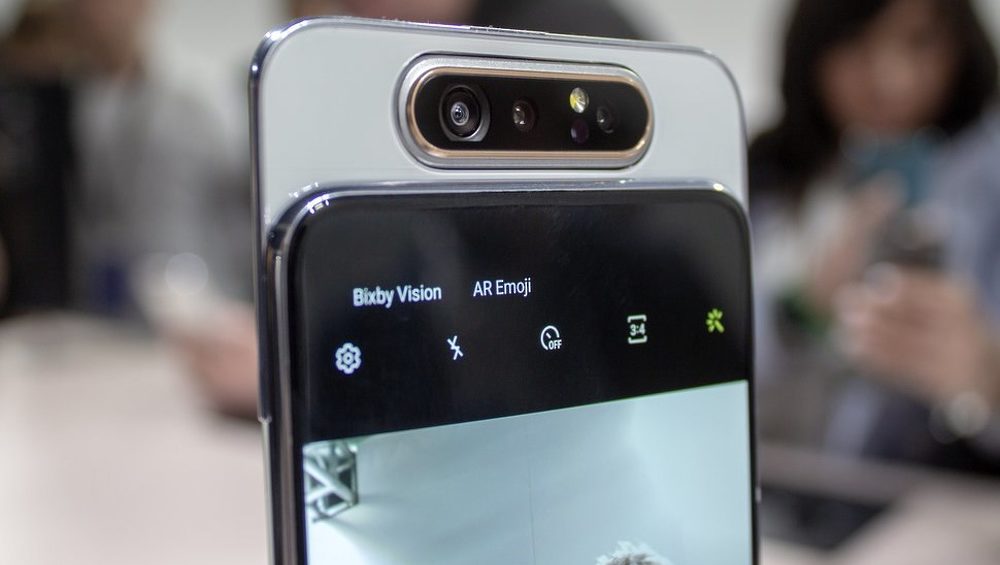 It’s not that different from a regular pop-up selfie camera.

Samsung Galaxy A80 might fall into the mid-range spectrum, but it is still packing flagship grade specifications. The most unique aspect about it, however, would be the neat little camera mechanism that is capable of popping up and rotating at the same time.

Let’s take a look at how it works.

This is the mechanical structure of the Galaxy A80 camera, which is very complicated but takes up space.
Video from a Chinese Samsung engineer pic.twitter.com/YTdLfyqIFI

The flip up and swinging motions are driven by just one motor, which first pushes the slider up and then continues pushing until the cameras are flipped around by the mechanism.

A Weibo blogger that posted the above video also put up a detailed disassembly of the phone, showing how the camera mechanism works. From the looks of it, it’s about as complicated as a regular pop-up camera (and it has the added benefit of better selfies).

About the Galaxy A80

The Galaxy A80 comes with a powerful Snapdragon 730 chipset paired with 8 gigs of RAM and 128GB of storage. The full-screen display was made possible thanks to the flipping camera and minimal bezels, with a 6.7-inch Super AMOLED panel with full HD resolution.

Its battery capacity is 3700 mAh which is less than what some smaller screened phones have, but it does have 25W fast charging to make up for it.