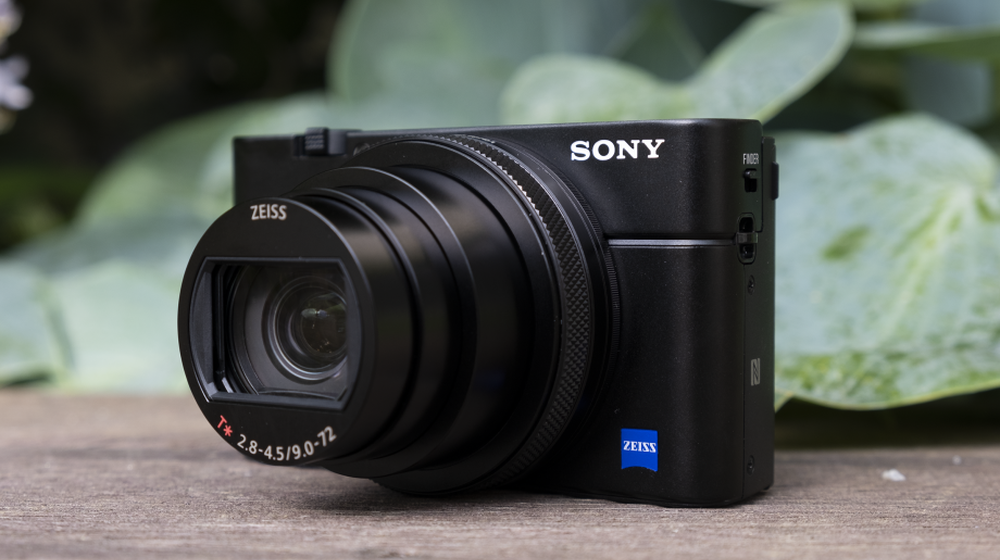 A compact camera designed for videography.

With its latest 7th gen RX100, Sony has taken a step forward in creating the ultimate camera for vloggers.

While compact cameras don’t get a lot of attention, the RX100 series has performed admirably well courtesy of its 1-inch CMOS sensor. The series is particularly popular among YouTubers and bloggers who like to vlog often.

The RX100 VII comes with several upgrades which makes it more appealing. The external microphone port will make things easier for plugging in a better mic. It is equipped with advanced tracking and autofocus features as well.

If we look at the RX100 series as a whole, this RX100 VII definitely stands out from its predecessors.

One of the two major upgrades in the RX100 VII is the type stacked 20.1 MP Exmor RS CMOS image sensor and the latest-generation BIONZ X image processor. Thanks to the duo, the camera delivers high-speed autofocus normally found in full-frame cameras.

The RX100 VII comes with black-out free shooting at 20 fps AF/AE tracking and AF/AE calculations at 60 times per second. Which means blurry images will be a rarity with this camera. This feature is borrowed from the company’s flagship A9 camera.

Another new mode added to the RX100 VII camera is single burst shooting which allows the users to click the shutter while trying to capture moving objects. The end result is seven back to back images taken by pressing the shutter once. These images can be captured at 30fps, 60fps or 90fps depending on the type of action you need to capture.

Sony, like all other camera manufacturers, has been working on improving the autofocus of its cameras. According to the company’s claims, the autofocus of the RX100 VII is the fastest in the world, locking in subjects in 0.02 seconds. Apart from this, the camera also packs 357 phase-detection AF points and 425 contrast-detection AF points covering most of the field of view. This system was previously seen in the A9 and A6400.

It also has real-time eye tracking and real-time eye detection for both videos and stills. As far as the video is concerned, the RX100 VII brings full pixel readout at 4K with no binning, improved image stabilization, Log and HLG for HDR workflows, ability to record videos vertically and 960fps slow motion.

The camera is priced at $1200 and will be available next month.

The shooting grip kit which has a microphone holder as well will be available next month for $1300 and an additional $85 for the LCJ-RXK jacket case.