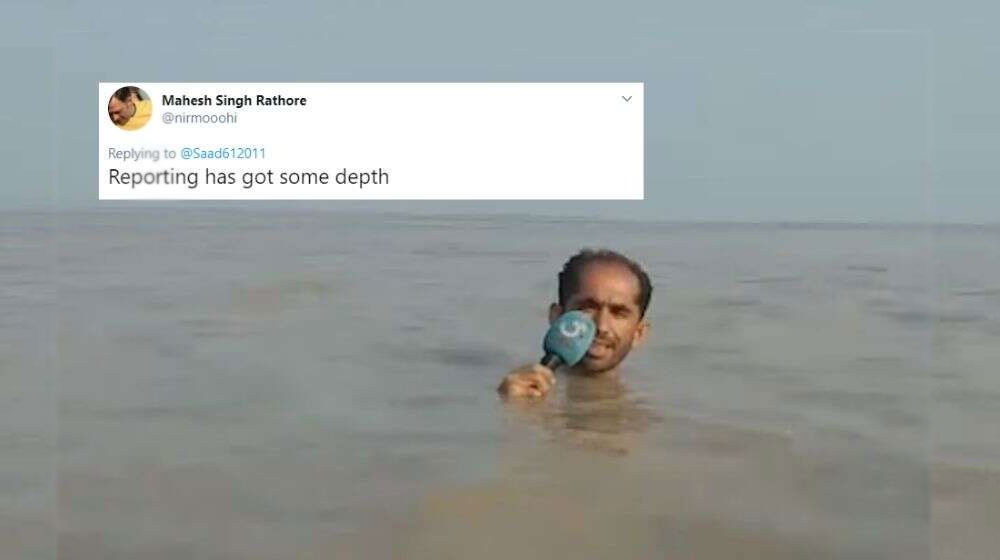 News reporting is a tough profession. Not only are reporters under pressure to find stories that no one else has, but they’re also required to present reports in a way that can’t be replicated by other channels.

So far, this urge to be utterly unique has taken journalists to go live from the battleground, give beepers from hurricane-hit areas, and dodge approaching cyclones to get exclusive footage.

The latest viral sensation is a local news reporter from Kot Chatha, Dera Ghazi Khan, who became popular for his unusual reporting style.

Azadar Hussain of G-TV Network stood in neck-deep water of the overflowing Indus River to report about the flood situation in the area and the destruction it has caused to crops.

From the angle of the footage, only the tip of his mic and his head were visible, and Hussain was narrating the flood situation for his TV channel.

A local journalist shared the video on Twitter and it subsequently went viral.

While some are admiring the commitment level and bravery of the reporter, others found the humor in the situation and termed the act absurd.

Here is how people reacted:

@KamranShafi46 The gentleman has raised the level of reporting to a new level.

The employee of the monsoon.

Employee of the monsoon….

That's some deep reporting, I must admit. https://t.co/vNgAPM9Z3p

Now people are calling for a raise for the reporter.

I hope he got a raise after this report.