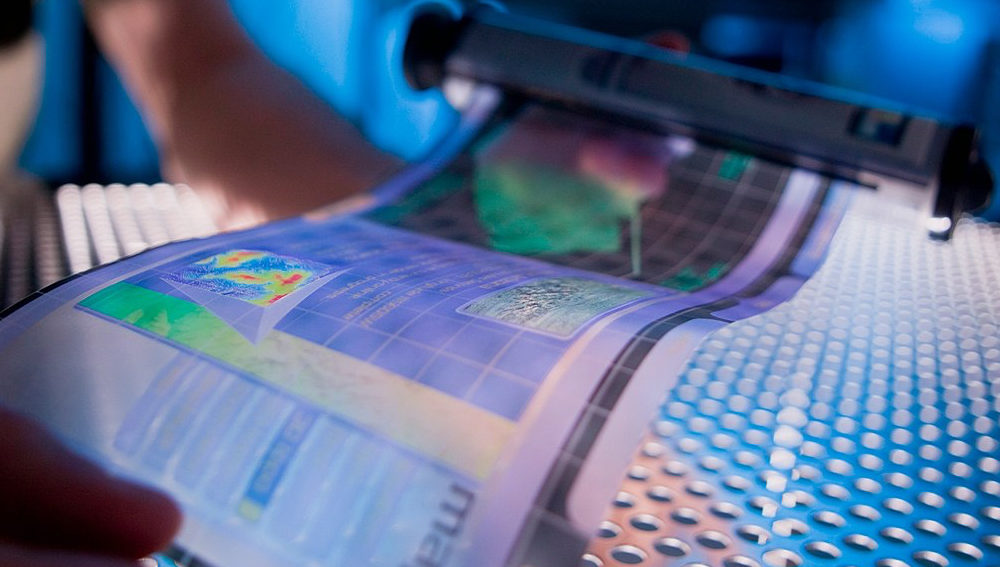 A new patent from Samsung shows that the South Korean tech giant might be looking into a “rollable” display.

The patent was originally reported by Patently Apple, and it shows a device that opens up into a display. The size, aspect ratio, and the minimalist design of the display suggest that the device could be a mobile TV.

Since the patent is from Samsung’s Display Division, the images focus more on the mechanical functionalities rather than software or marketing of such a device.

Probably a Mobile TV or Tablet

The report from Patently Apple suggests that Samsung’s Display Division only designs the display and then hands it over to the electronics team so they can decide what the device is going to be (tablet smartphone or mobile TV).

The images also show what the device looks like when it’s retracted. The components of the cylindrical object include a rotatory motor, a winding shaft, coiling, and an opening that allows the flexible display to enter and exit the device.

Note that this isn’t the first rollable display or TV. LG already has a rollable TV that they showcased at the Consumer Electronics Show earlier this year. It looks like Samsung may be looking into similar tech with this patent.

Here’s a Scribd document if you’re looking for more details on the patent.