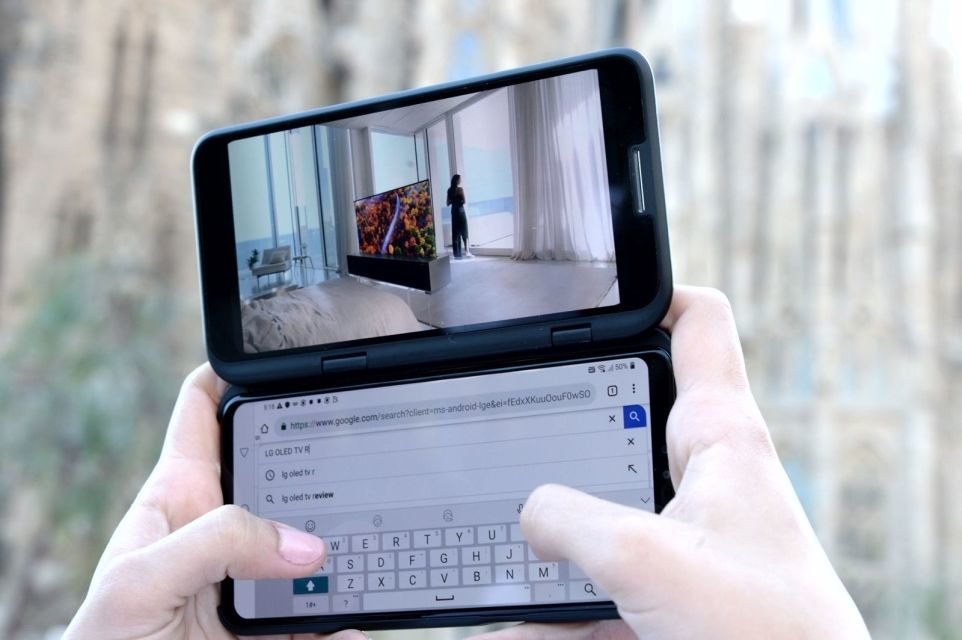 While both Samsung and Huawei fine-tune their foldable phones, LG has gone ahead with a more economical idea with the V50 ThinQ (pictured above) using a case to add a second screen.

The company will officially unveil the second screen attachment at the IFA 2019 on September 6th in Germany.

LG revealed its plans for the V50 ThinQ with a video done up like an 8-bit video game that crosses over from one screen to another.

We have reviewed releasing the foldable smartphone when launching our 5G smartphone but decided not to produce it.

It seems that it is too soon for LG to launch a full-fledged foldable phone, especially when the company is having a hard time earning a profit for its mobile division.

This idea could end up backfiring as there’s not much of a use-case for a dual-screen smartphone, especially when it uses much more power and doesn’t offer much utility.

It’ll be interesting to see how it turns out once LG launches at IFA 2019.